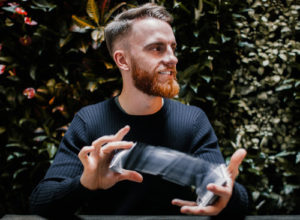 Recently I’ve been fascinated by a series of “day in the life” videos from a street performing/YouTuber magician named Steven Bridges. In each 9-minute video, he takes the audience through the experience of busking (street performing) in the UK.

As I watched the fourth video in this series (all four are highly recommended viewing, though I’d suggest starting with the first), I realized that there are startling commonalities between busking and crowdfunding. You’ll recognize some of these lessons from my blog, but there are also some fresh perspectives here.

What’s the most memorable street performance you’ve ever seen? Is there anything you experienced from it that applies to Kickstarter creators?