Last year and the year before, inspired by Steve Jackson Games, I released stakeholder reports for Stonemaier Games. It’s time for this year’s report.

A “stakeholder” in Stonemaier Games is anyone who has an impact on our company and a stake in our success, whether it’s employees, contractors, fans, retailers, distributors, volunteers, artists, designers, backers, readers, etc. So if you’re reading this, the report is for you. 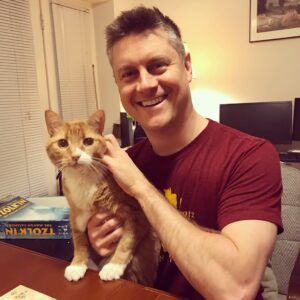 We use the accrual method for accounting (expenses and revenue count in the year when we ship the products to the customer). Last year, 64% of our sales were to distributors, 26% to localization partners, and 10% directly from consumers and partners like Meeplesource, Top Shelf Gamer, and Inked Gaming.

For comparison, revenue was $7.1 million in 2017. While I’m not comfortable discussion profit (arguably the most important number), I will say that it was significantly less than revenue. We consistently reprint almost all of our games, so the majority of our profits are reinvested into reprints.

We have no debt, nor did we take any loans in 2018. Cash flow was very tight at certain times of the year, depending on the gap between when we need to pay Panda (our manufacturer) and when distributors pay us.

I (Jamey) am still our only full-time employee. Alan (our co-founder) works around 5 hours a week, as does Morten (though Morten now runs Automa Factory, a separate company that creates solo modes for our games and others, full time). We work with many independent contractors to accomplish specific tasks (artists, graphic designers, web devs, proofreaders, playtesters, etc). I own 90% of the company, and the rest is divided between a few key parties.

We also continue to contract Greater Than Games (a fellow St. Louis company) to provide warehousing, distribution brokerage, and fulfillment for our products. The addition of Alex Schmidt there has made a hugely positive impact on that relationship. I still run Stonemaier Games out of my home office.

We paid our estimated taxes quarterly. Our sales tax payment will be much higher than previous years due to the new rules for it. 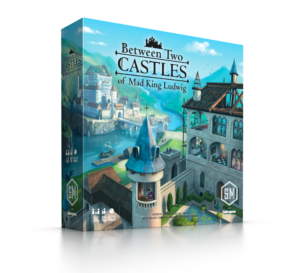 We have a number of different SKUs (expansions, accessories, promos, realistic resources, etc), but our core products are 8 games. The quantities below are the lifetime units in circulation for each game in all languages as of the end of 2018, and the BGG rankings are as of today.

Scythe continues to be our most lucrative brand, followed by Viticulture.

2018 was the first year that we released more than 1 game, jumping all the way up to 2 total games! Neither My Little Scythe nor Between Two Castles of Mad King Ludwig were designed by me, though I had a hand in their development.

Our new expansions were Visit from the Rhine Valley and The Rise of Fenris. And the new accessories were the Scythe neoprene playmat, Scythe Encounters, and Scythe metal mechs. We also rereleased the Viticulture wine glasses and (thanks to Print & Play Productions) the Arboriculture and Formaggio modules to Viticulture/Tuscany.

The biggest surprise to me has been Between Two Castles of Mad King Ludwig. I love this game (it would easily be on my Top 10 list if it were eligible), but it just hasn’t sold as well as I’d hoped and predicted. I still have hope that the game will bring joy to many more people, so I continue to send copies to reviewers and play-and-win sections at conventions. It definitely has made me more cautious about first print runs of new games, though.

Social Media and Other Metrics

I added a few types of engagement in 2018. Every Wednesday at 10:00 am CST, I go on Facebook Live via the Stonemaier Games FB page and just talk about Stonemaier Games, discuss random topics, and answer questions. I have a lot of fun with it, and it’s nice that the videos remain on the page for people to watch on their own schedule.

I was really slow to get into Instagram, but I decided to give it a try last year, and I love it. I post a photo (usually with a question or topic) every morning. Most of my posts are about board games I’m playing, and I try to post something Stonemaier related every week or so. My cats also make frequent appearances.

As I discussed recently, the Stonemaier Champion has blossomed well beyond my original projections. Also, every since I added the longer “Sunday Sitdown” videos to my YouTube channel about game design, viewership has skyrocketed. I still post 2 short “my favorite game mechanism” videos each week, but it’s been interesting to see how well people respond to 20-minute videos each Sunday. Apparently shorter doesn’t necessarily mean better!

If you want to express your opinion/desire for anything we’re creating or considering, please fill out our future printing request survey.

I want to continue to learn, make mistakes, experiment, and listen to our stakeholders. Thank you for challenging me in healthy, constructive ways in 2018, and I look forward to experiencing the rest of 2019 with you.

Do you have any thoughts, observations, or questions about this report? Please let me know in the comments.