This month’s “unique projects” posts features a variety of projects on an assortment of platforms. I’m excited about this one!

I love interesting uses of images, graphics, and videos, and this card game does something really clever to show off a variety of cards in a limited space. Instead of a long list of cards in text or static image form, it utilizes 2 animated gifs to cycle through a bunch of different cards.

The company behind wine/storage device did something I thought was interesting: They reached out to me to see if they could offer a reward level including Viticulture with the device. I thought it was a nice thematic pairing, so I gave it a try.

That reward level hasn’t exactly taken off–as I learned during my first Kickstarter project, non-gamer wine drinkers are not a target audience for Viticulture–but it’s still an interesting experiment. 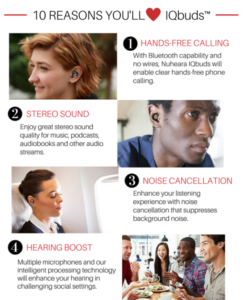 The project page for these wireless headphones has a brilliant graphic layout for an image talking about the key features for the device. It’s so good that I think it should be even higher up on the project page. I’ve included a screenshot of part of it on the right (it’s much bigger on the project page).

I think we’re going to see more and more companies–including Stonemaier–running crowdfunding projects on their own websites. It gives us the freedom to pick and choose elements that fit the specific product.

Portal Games is doing this for the new edition of an older game of theirs called 51st State. It’s hosted 100% on their own website, including a funding tracker and list of stretch goals. We’ll be doing something soon for our Token Trilogy & Metal Coins pre-order campaign.

This card game has an interesting social dynamic to one of the reward levels. You can either pay $28 for the game + expansion, or you can pledge $22 for the game, then add on the expansion for free if you share the project on social networks.

I also like that this project has a table of contents right at the top of the page. Instead of scrolling as you search for the section you want, you can get a rough idea of where on the project page it appears.