5 Things Survivor Taught Me About Crowdfunding 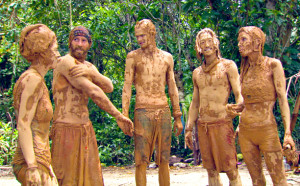 I love the television show Survivor. I’ve been a huge fan since the first season, and now, in Season 31, I still look forward to watching new episodes every Wednesday night.

A few things have happened this season on Survivor that immediately made me think of crowdfunding, so I thought I’d share them here. These will make sense even if you don’t watch the show, and if you do watch the show, there are no spoilers for this week’s episode that weren’t already shown in last week’s preview.

What’s something from your favorite TV show that applies to crowdfunders?

Also read: This recent interview with EQ about crowdfunding, including an important lesson I learned from my grandmother.

14 Comments on “5 Things Survivor Taught Me About Crowdfunding”