I have a lot of projects to highlight this week, so I’m going to truncate my response specifically to the “unique strategies.” If you want to learn more about the projects themselves, just click on the links. 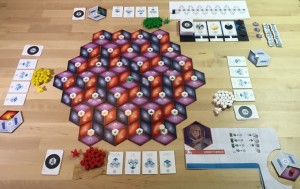 Note: The company publishing this game has close ties to my company, so I consulted on the creation of this campaign. Unfortunately, after 3 days and 30% raised, Morning Players decided to cancel the campaign and relaunch in a few months. A primary factor involved was they didn’t secure third-party reviews before launching as I advised. The bigger-picture reminder to all creators is if you’re not 100% read, you don’t need to launch today!

2. Souls of the Vermilion Sea 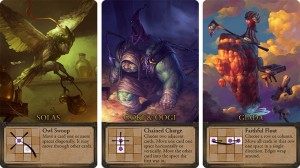 5. Monstrous: The Game of Mythic Mahem

8. Push It, the table top skill game you can take anywhere!

As always, there are hundreds of projects on Kickstarter doing cool things, and I can’t feature them all here. But if you ever stumble upon a project doing something unique that other creators can learn from, please let me know at jamey.stegmaier@gmail.com.

What’s your #1 takeaway from the projects I discussed today?