A Lesson in Focus from Tainted Grail (KS Lesson #261) 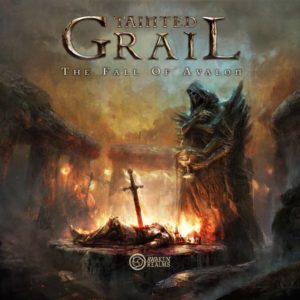 Recently there was a massively successful tabletop game project on Kickstarter called Tainted Grail. While I wasn’t a backer, I kept an eye on the project, and I admire the vast majority of their methods. Congrats to Awaken Realms!

However, they did one thing that I think can be a cautionary tale for other creators. 18 days into the project, having raised millions of dollars from tens of thousands of backers, they announced that they were making a digital game in addition to a tabletop game.

However, as many of the 30,000 backers pointed out in the comments (some more constructively than others), they backed a tabletop game, not a digital game. They wanted their money to go to making the tabletop game as awesome as possible. Their trust and risk mitigation was based on the premise that they were backing a tabletop game.

Even though the creator’s intent was pure, the announcement felt like a betrayal to quite a few backers. I don’t know what the cancellation rate was that day, but I’m guessing it was higher than average. The project was still, however, incredibly successful.

My takeaway from observing this situation is that if I had a spinoff product to announce, I would not associate it with the project at all. In fact, I probably wouldn’t announce it until after the games had shipped so that there’s no association between backer funds and the separate product.

The alternative would be to announce the other product up front at the beginning of the project, but then I would be selling two different things to different audiences at the same time. I just think it’s better to keep them distinctly separate.

I’m glad Awaken Realms was able to overcome this hiccup–it’s nice to learn these lessons when you already have 30,000 backers and not when you only have 10. :)

How would you deal with this situation as a creator who wants to announce something new (and at least tangentially related) in the middle of a project? Would you do it or wait?