An Open Letter to Game Designers

Today I read two articles that really moved me.

The first is by Sam Coster, a St. Louis-based video game developer (Butterscotch Shenanigans). The Polygon article, “Making a Game While Recovering from Cancer,” is about what the title suggests: Sam actually suffered through multiple bouts of life-threatening cancer, and he designed his company’s newest game, Crashlands, while doing so.

The second is by tabletop game designer Ignacy Trzewiczek, and it’s called “I Challenge You! Honest Publisher Manifesto.” It’s about the 50+ game submissions Ignacy and his company, Portal Games, receive each year…and how the vast majority of them end up in the garbage bin.

The reason I’m writing about both of these articles is that they have a strong connection. The common thread between them is a shared appreciation for truly exceptional passion projects.

When Sam was diagnosed with cancer, he and his brother had been working on an endless-runner game called Extreme Slothcycling. As Sam says, it was fun, but the cancer gave him clarity: “I didn’t want an endless runner to be the last thing I made before I died. I wanted to make something that mattered.”

Making decisions based on your imminent death may seem a bit morbid, but it was a powerful motivator for Sam. Not only did it help him figure out how he wanted to use his time as he fought cancer; it also provided an escape for him:

“Could we build a game that I could slip into during treatments, a game that would let me forget about being sick from chemo or nervous about upcoming test results? Could we build a world designed precisely to remove me from the painful reality of what I was about to go through?”

No matter what kind of content you’re creating–game, book, movie, etc–isn’t that what we’re all trying to do? Provide ourselves and others a temporary escape into worlds we’ll never otherwise experience?

So Sam started working on a game called Crashlands. Over the next 2 years, as he fought and beat cancer twice, he worked feverishly on the game with his brothers, and it will release on January 21. Hopefully it won’t be the last game Sam makes, but if it is, he seems really happy to have made it.

I think this is a powerful message for creators like you and me. Why spend our time toiling over ideas that are merely satisfactory when we could focus on the one thing that truly excites us? The thing we’re truly passionate about?

That said, I think it’s important for creators to remember that we don’t exist in a vacuum. That is, our creations only matter if they’re not only special for us, but also special for other people–the people who consume them. 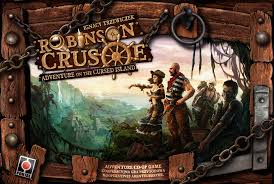 Ignacy from Portal Games seems to agree with this sentiment. In his article, he talks about the number of game prototypes submitted to his company for publication each year. Here’s what he says about those prototypes:

“Prototypes that were functional, balanced and boring as hell, prototypes that introduced nothing to our hobby. They worked and that’s all I can say about them.”

He ends with a challenge to game designers: “Surprise me. Deliver something exceptional. I want your best. I want your prototype that make my skin tingle.”

I love it. I’ve experienced the same thing as a publisher. I’ve also experienced it as a gamer. Some publishers and designers who churn out games at an alarming rate. “Prolific” is not a word I associate positively with publishers or game designers.

I’m not saying those churned-out games are inherently “balanced and boring as hell,” as Ignacy says, but I know this: It doesn’t take long to make a simply functional game. But a huge amount of time is required to make a game that is brilliant, fun, unique, and innovative.

This brings us back to Sam. Sam was working on a functional game that was just fine. But in the face of cancer–the reality that it might be the last game he ever designed–he realized it wasn’t enough. He stopped churning out a decent game to make a game he believed would be truly great, a game he could put his heart into, a game he could be proud he left behind.

I think we can all learn something from that.

Before I end this entry, I’m going to completely contradict myself.

The idea that the next thing you create should be your greatest passion project is pretty daunting. It’s so daunting that you may not start working on it at all.

That’s where I think an important part of the creative process–if you’re brand new to it–is to simply make something, right now. Write that first blog entry. Film that first YouTube video. Record that first podcast. Create that first prototype. 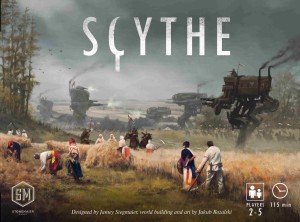 Plus, I think creators of all types learn so much by experimenting. For every 10 games I design (like, actually prototype and test), you’ll only ever see 1 of them. That’s the game I spend the vast majority of my time on. But I learn a lot from those other 9–they have a big impact on the 1.

The key is, though, that they’re not good enough or unique enough to publish. They’re functional, but they’re not fun. You deserve better than those games. I’d rather spend my time–for both my sake and yours–designing games of mine and developing/publishing games from other designers that I believe are truly exceptional.

Where does this leave you? Are you working on your true passion project, something innovative and exception?

33 Comments on “An Open Letter to Game Designers”