Building an Epic, Not-so-Tiny Kingdom of Backers: An Interview with Michael Coe 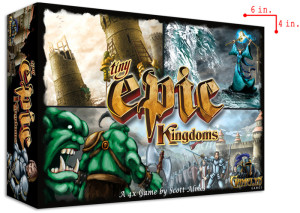 I’ve known Gamelyn Games’ Michael Coe ever since we had a great chat on Twitter about Viticulture’s money-back guarantee, a conversation that ended with me promising to let him know if any copies of Viticulture were ever returned (sorry Michael! You can get a new copy of Viticulture during our Kickstarter campaign for Tuscany in March).

Ever since then I’ve kept my eye on what he’s been doing. He’s put a lot of work into Crash Games and then Gamelyn Games, and all of that effort has paid off with the monumental ongoing success of Tiny Epic Kingdoms. I’m a backer of the project, and the other day I heard him chat on the excellent All Us Geeks podcast. His transparency, enthusiasm, and high level of customer service made me think that it was time to get him on the Stonemaier Games blog to share his insights with other Kickstarter creators. 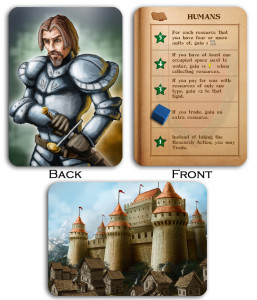 1. Can you describe your Kickstarter project and why you’re passionate about it?

My project is for the biggest game that you will ever fit in your pocket. Tiny Epic Kingdoms, a 4x microgame for only $16; designed by “the increasingly prolific” Scott Almes. I am passionate about this project because of what Tiny Epic Kingdoms has to offer the gaming world. After just one play, I knew that Scott had a masterpiece, a game changer, a revolution.

2. Your KS campaign for Tiny Epic Kingdoms has really impressed me on a number of levels, and I applaud your success. Currently you’ve raised $132,696 from 4,436 backers. Did you have a plan in place from Day 1 for that level of success (versus just slightly overfunding)? If so, what are some of the contingencies you had in place?

Thank you Jamey, that means a lot. I have read your blogs and I’m very impressed with your Kickstarter ethic. I appreciate what you bring to aspiring project creators.

I’m a dreamer Jamey, I set goals that are larger than life and then I just start moving toward them one step at a time. I say that because I imagined Tiny Epic Kingdoms having tremendous success; that’s all it was, a day dream. Could it actually happen? Would it actually happen? Only time would tell. Yet, I only planned for the funding to reach $27,000. That was the highest stretch goal, at the start. I thought to myself, “If I work hard enough I can get there. That’s almost DOUBLE the funding goal”!

Well here we are, half way through the project and over 800% funded! I had to revisit my projection plans and fast. Tiny Epic Kingdoms is spreading like wildfire! This is where I give a shout out to my manufacturing manager Brent Kinney, with Panda Game Manufacturing, for helping me scale this game on the fly! Luckily, Tiny Epic Kingdoms scales wonderfully! There is lots of room for extra player factions, extra territories, and premium game upgrades. 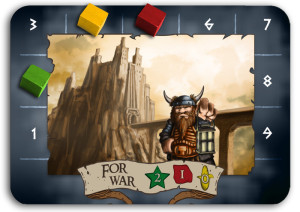 3. I’m a backer of Tiny Epic Kingdoms, and a few days ago I got a project update that really solidified my purchase and put my total confidence you as a Kickstarter creator (from the perspective of a backer). In the update, you talked about how you learned from your manufacturer that they aren’t able to make as many dice as you need now that the game has reached this level of success. It was your transparency that really sold me, and I think other project creators could benefit from knowing about your philosophy on transparency and sharing news with backers even if it isn’t good news.

To be clear, this was a third party manufacturer who will remain nameless because they are awesome to work with and I would never want to tarnish their reputation, which I was using to make swag dice. It was not Panda Games. Turns out, they do not process orders the size that Tiny Epic Kingdoms had started demanding. This got me nervous because I already committed these dice to thousands of project supporters.

Fortunately they were just swag dice and didn’t have a function in the game but this was news the backers needed to know immediately. If that means I am going to lose some pledges, then so be it. I would never deceive my project supporters. Besides, transparency builds relationships. Backers are people just like you and me, patient and forgiving if treated with respect. They are not a faceless dollar on a funding chart that will pull their pledge at the first sign of change. Trust me, trust them. They are here for you, to help you, that is why they pledged. 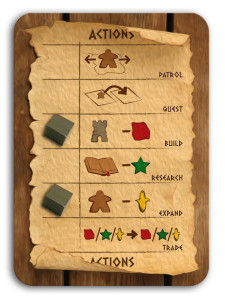 4. I’m curious: If you could go back in time to a month ago and restructure any element of your project (rewards, stretch goals, etc), what would you change, if anything? One particular phenomenon about your reward levels is something mentioned on GeekDad Jonathan Liu’s writeup about Tiny Epic Kingdoms. He pointed out that on Day 1, you could get the basic game with 4 factions for $16 and then an additional 2 factions if you increased your pledge to $24.Thus it was a very appealing upgrade.

But at this point (if I have this correct), there are 12 factions overall–10 for $16, or 12 for $24. The ratio has changed quite a bit. Backers don’t seem to care–you still have 6x as many backers at the $24 level, which speaks to the price point and the completionist tendencies of backers. But I am curious as to what you think about the reward structure and if you would change it (or anything else) if you could go back in time.

I wouldn’t change anything Jamey. Not the even the dice miscalculation. I have learned so much from this project. I have grown tremendously as a project creator and if I were to lose those lessons, by correcting errors before they occurred, that would be a tragedy.

As for the price structure, again, I would not change it. I have been very generous with my stretch goals and instead of making them add-ons I have given them to the backers for free. In turn, they have shown me respect, and increasing support, by backing at the higher level. They know that higher price point helps me and they demonstrate their generosity and goodwill. It’s like I tell the wait staff I manage at the restaurant, guests will tip friends more than they will some random waiter. Build a relationship with them, really care about them.

5. You recently lauded the power of Board Game Geek on the All Us Geeks podcast, and I thought you had some great things to say about getting on the BGG hotness list before you even launched the Kickstarter. Could you share with other board game Kickstarter creators the top three things they should do to get their game on the BGG hotness before they launch their KS project?

Absolutely! I’m eager to help other project creators. First, gather organized interest in your project and by that I mean a Facebook Group or a BGG Thread. Somewhere you can share info about the project and interact with them. Second, start posting game images and game art on BGG and encourage your interest group to thumb the images and comment on them. Third, offer a free Print and Play if possible and make it available via BGG only. Hope that helps!! 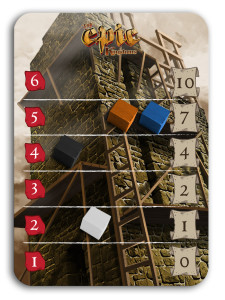 6. Your day job is in hospitality, something I can relate to after working as a waiter for several summers during college. It taught me a lot about treating people/customers with respect and patience regardless of how they treated me. I really liked what you said on the All Us Geeks podcast about how you might get the same question 10 times from different backers, and each time you reply with kindness and respect as if they were the only person asking that question. Are there any other lessons from hospitality that carry over well to Kickstarter projects?

Yes, there are and I’ve stated several already. Another important lesson I’ve learned in customer service that I apply to my Kickstarter projects is, Perception Is Reality. If a backer expresses concern over a supposed issue, it is no longer supposed, it is now real. Listen to them, consider what they have to say and be honest with them while working toward a resolution. Sometimes, the resolution is as simple as genuinely listening to them.

7. Is there anything else you’d like to share that you think would benefit other Kickstarter creators? Perhaps a mistake you made on an earlier campaign that you learned from and fixed for future projects?

Don’t rush your project to launch. Take your time, have your project completed and ready for launch 30 days prior to your schedule launch date and use all 30 of those days to review, edit and share your project with close friends and mentors. With Kickstarter, as with life, you will get out of it what you put into it. Remember, LUCK is when preparation meets opportunity.

Thanks so much for your time, Michael! Readers can find more information about Tiny Epic Kingdoms here.

7 Comments on “Building an Epic, Not-so-Tiny Kingdom of Backers: An Interview with Michael Coe”