If so, you’re in luck. Kickstarter recently rolled out two new features. I’ll talk about them in brief today, as they don’t require much explanation.

The next time you start a Kickstarter project, you’ll see an option at the bottom of the Basics tab that says “Project Collaborators”:

When you click the blue button, you’ll go to a page where you can invite collaborators to help you run the project. They don’t have the same access you have–for example, they can’t change the link to your bank account or credit card–but you have the ability to pick and choose several key tasks to take the pressure off you: 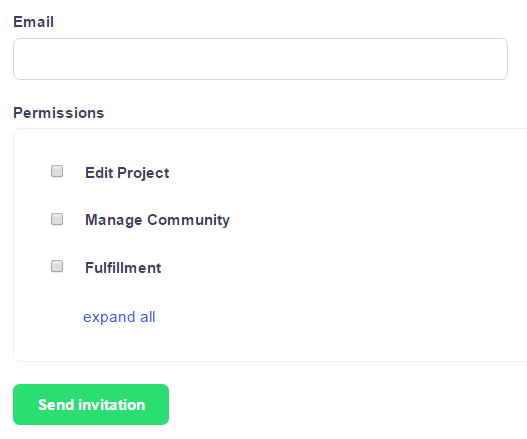 If you expand all, you’ll be to get even more specific with what the collaborator can or cannot do. Here are the 6 options:

This option remains available until the campaign ends.

I think I’m most excited about collaborators being able to comment in an official capacity. It will give them more authority in answering questions, and it will help backers skim comments for what the creator/collaborators have said:

I think the other capabilities will be really helpful for teams of people trying to run a Kickstarter campaign together. Which feature are you most excited about?

The newest feature on the Reward tab (thanks to Jason Tagmire for alerting me to this) is the option to “Add an item”: 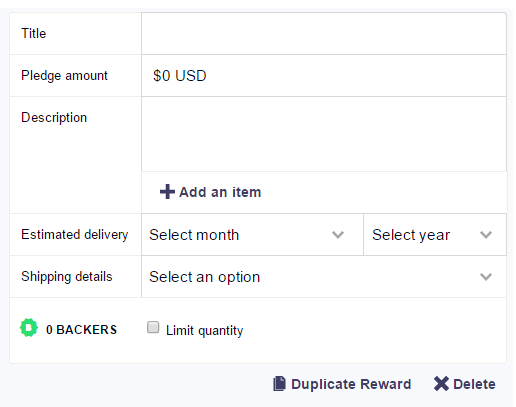 This is awesome. Lists are inherently easier for people to parse, so the ability to add a list of items to each reward description instead of a big block of text is huge.

For example, here’s how Scythe’s Art Connoisseur pledge level looked back in November: 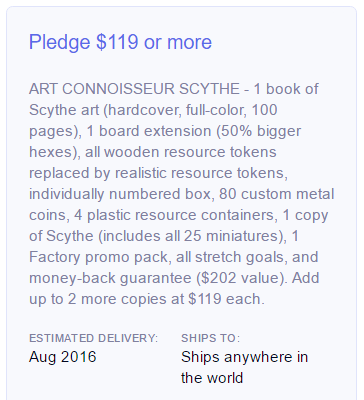 Here’s what it would look like now using the new itemized feature: 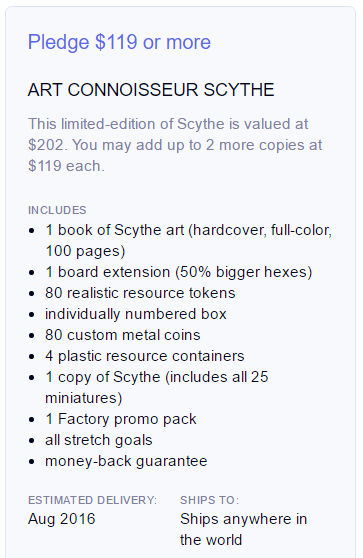 That’s just a quick mockup. I’d probably try to keep each bulleted description to 1 line of text and maybe limit the bullets to 7 total (though I like the freedom of detail the list format provides).

Kickstarter makes it easy to move items within the list, and you can duplicate the entire reward before editing it for a different reward.

My recommendation for these lists is keep the list in the same order from reward to reward, listing the unique items at the top so backers can easily identify the differences. The Collector’s Edition of Scythe doesn’t have the art book, so that’s what I listed right at the top.

What do you think of these new features?