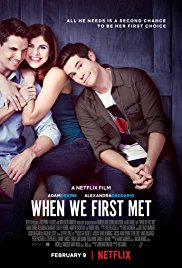 A few days ago, I heard about a new Netflix movie in the vein of Groundhog Day. I’m a sucker for any Groundhog Day-style movie, so I watched the trailer for When We First Met.

It looked fun, but like most movie announcements, I figured I wouldn’t get to watch it for 6-12 months. Then the trailer revealed the release date: February 9! Less than 2 weeks from now! Amazing.

This short turnaround is enabled by a series of decisions Netflix has made over the last 20 years to cut the cords that made them dependent on other companies:

What does this mean for Kickstarter creators?

If you’re a Kickstarter creator, in all likelihood there are many cords you simply can’t cut: You rely on Kickstarter itself, your manufacturer, shipping and fulfillment companies, artists, graphic designers, etc. This isn’t a bad thing–after all, we would hardly have any Kickstarter creations if every creator had to personally manufacture their product.

However, I think it’s good to simply be aware of how much you rely on other people and companies. Do your research and build buffers everywhere. You can’t control how fast your manufacture will make the product, but you can get estimates from them, learn about faster/slower times from them, and talk to other creators who have worked with them.

What does this mean for other companies and entrepreneurs?

Every now and then, write a list of everyone you rely on to keep your business functional. If any of those partners decided to double their rates or halve their production speed, could you survive? Is there even one area where you can rely more on things you can directly control and less on someone else?

What does this mean for tabletop game publishers?

Most tabletop game publishers are at the whim of at least a few external forces. On one end of the spectrum are companies like GMT Games and Cards Against Humanity, who focus on sales from their store (I’m pretty sure both of them handle fulfillment themselves or own companies that handle their fulfillment). I would also put industry giant Asmodee in this area, as they even have their own factories, a rarity in the gaming industry.

On the other end are companies like Stonemaier Games, which relies heavily on external companies (manufacturer, freight shipper, warehouse, distribution broker, distributors, and retailers) to get games in the hands of consumers. However, I always try to have a backup plan for each stage of the process, and I try to diversify (i.e., I’ll sell to any distributor instead of making an exclusive deal with only one).

How much do you rely on other people and companies to keep your business functional? Have you ever cut the cord and seen great results?