From Obi-Wan to Mr. Miyagi: How to Select and Implement Advice from Your Kickstarter Sensei

Today I have a special guest post for you from fellow Kickstarter creator Eduardo Baraf. These days I rarely give one-on-one advice for Kickstarter projects, as I’d prefer to spend my limited time writing blog entries that reach more than one person.

However, as you’ll see below, Ed presented a special case, and as a result, he has some interesting lessons to share about the advice I gave him. Just like anyone, sometimes I was right, and sometimes I was wrong–there are insights in both sets of examples. (Naturally, I was more interested in having Ed share the things I got wrong, but he was gracious to share good stuff too.)

One overall takeaway I’d like to point out from this entry is that there is a lot of Kickstarter advice out there. Some of it is outright incorrect or completely misleading, and a lot of the rest is highly subjective (like this blog). I try to call people out when they spread misinformation that could impact other creators, but it’s a big internet.

The point is, be judicious about the advice you read. Look for data, not just opinions. Question people–dig deeper if something feels wrong to you. In the end, it’s your project on the line, so it’s up to you to make decisions that are best for your project and your backers. 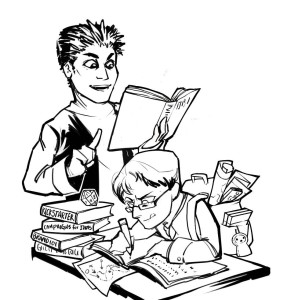 Some Context to Start

Last month, I successfully funded my first Kickstarter project: Lift Off! Get me off this Planet! Here is the project page, a blog about my approach, and my pre-order page for those who missed it. :)

Recently, I was talking on Skype with Jamey and giving him feedback on the advice he gave me on my campaign–the things he got right and the things he got wrong. Being the consummate learner he is, he asked me to write a blog about it.

I received more than your average amount of help from Jamey because, as I discovered after chatting with him on Twitter about my project preview page a few months ago, we actually attended the same study abroad program in Japan many years ago.

This serendipitous reconnection reinforces the idea that the key to preparing for a Kickstarter is about reaching out to bloggers, content creators, and potential backers well before the campaign begins. Each and every connection can lead to another, and sometimes you hit pay dirt!

What Jamey Got Right!
Jamey made many detailed recommendations, but here is a summary of the things I believe he fundamentally nailed.

Ultimately, I went with his recommendation but change my funding goal from $25K to $35K. $35K is a DEADLY number. It took a herculean effort to hit the gigantic goal with a lightweight game, but it felt good to offer such a compelling proposition to backers. I also like having that $5 space to do a $45 pre-order before $50 MSRP. Have you pre-ordered yet? :P

What Jamey Got Wrong!
Jamey’s positive advice FAR OUTWEIGHED the negative advice.  However, there were three recommendations I strongly believe were incorrect, or otherwise unhelpful. The first of which is the only one I didn’t take.

On my side I felt strongly that (a) it validated me as professional game maker, (b) provided a nice upsell for a backer (I almost always tier up for a cheap second game), and (c) gave me the ability to leverage my relationship with Atlas Games and their networks. Looking at the numbers, how many units of Murder of Crows I moved, and the overall positive attitude to it, I’m confident I made the right decision to include it. I moved ~1100 copies of Lift Off! and ~300 copies of Murder of Crows.

I will concede that Jamey’s pressure made me severely limited and clarify the language around the title and drop it to the very bottom of the page. Those changes were worthwhile and what I believe is the way to handle it.

First and foremost, I don’t believe backers care about the exact delivery date (unless you are shooting for holiday). As long as it isn’t over a year out, I don’t believe anyone is going to say “You know this game is great, but I can’t wait 2 more months.” Moreover, I don’t believe there is an advantage to a quick turnaround. The faster the turnaround, the easier it is for a backer to say – “Oh, it is going to be out soon, I’ll just get it from shelves.”

Here is the second part: I don’t think missing my window by a month (say April) is death as long as I continue to over communicate, but I believe that beating my delivery date by two months would have been worth a king’s ransom to my second Kickstarter campaign.  I could have been a hero and delivered a head of schedule, but now I’m a stressed mess and will just deliver on time.

Let me close by saying this: More than the blogs, more than the forgotten past, more than all of the recommendations (good or otherwise), the thing I’ve learned the most from Jamey is that there are good guys out there, who care about what they are doing, want to find success, but also want to find success for all of those around them. Jamey has inspired me to be an open book with my campaign, to help anyone doing a Kickstarter (or designing a game in general), and even part of my reasoning for doing a video review series to share my passion for board games with others.

What’s the best advice you’ve ever been given by someone who took a close look at your Kickstarter project? What about the worst advice? How did you figure out the difference?

22 Comments on “From Obi-Wan to Mr. Miyagi: How to Select and Implement Advice from Your Kickstarter Sensei”