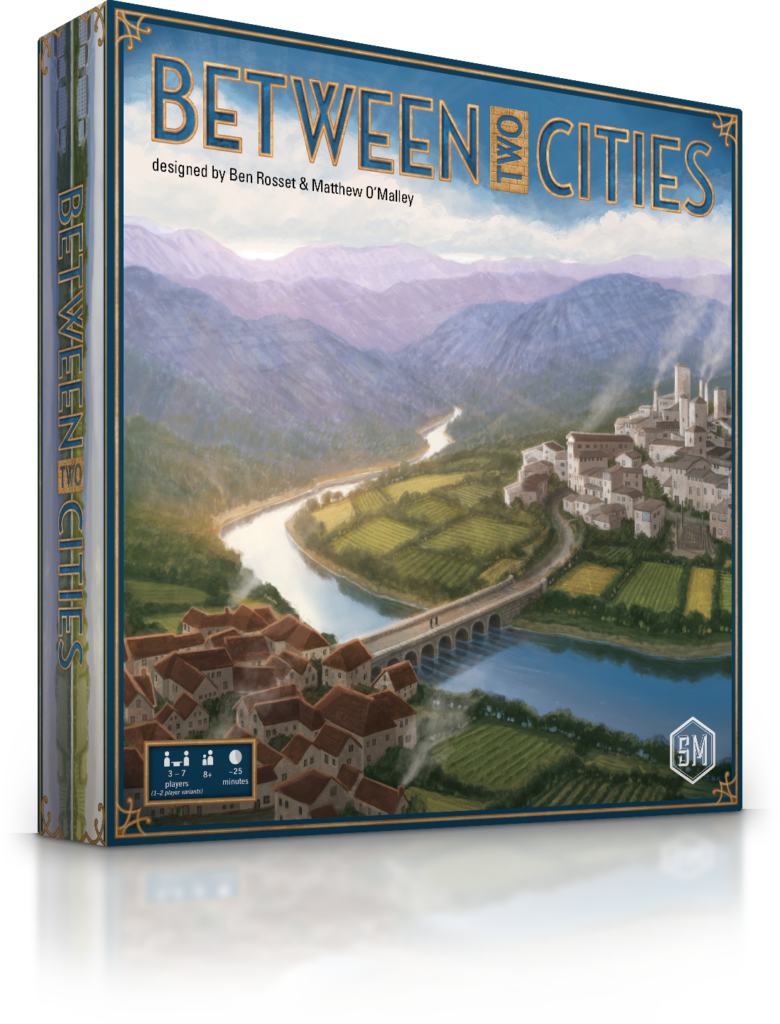 Ever since we opened our company to submissions from other designers, we’ve had one core philosophy: Because of the amount time, money, heart, and soul we put into our games, we’ll only publish games from other designers if we love them as much as if we designed them ourselves. This is one such game.

The game is called Between Two Cities, designed by Ben Rosset and Matthew O’Malley. It is a partnership-driven, tile-drafting city-building game for 3-7 players that plays in about 20 minutes. The game also includes a 2-player variant, and Morten Monrad Pedersen designed the solo “Automa” variant.

In Between Two Cities, you are a world-renowned city planner who has been asked to redesign two different cities. Projects of such significance require the expertise of more than one person, so for each assignment you are paired with a partner with whom to discuss and execute your grandiose plans. Each turn features a simultaneous discussion with your two partners to decide which of your tiles to place into the cities you’re building with each of them and where in those cities to place the tiles. At the end of the game, there is only one winner, as each player compares the lowest scoring of their two cites.

There are 7 reference cards in the game, 23 Automa cards, and 15 seating randomizer cards (a total of 45 cards). All cards are 57x87mm. It is available on Tabletopia. 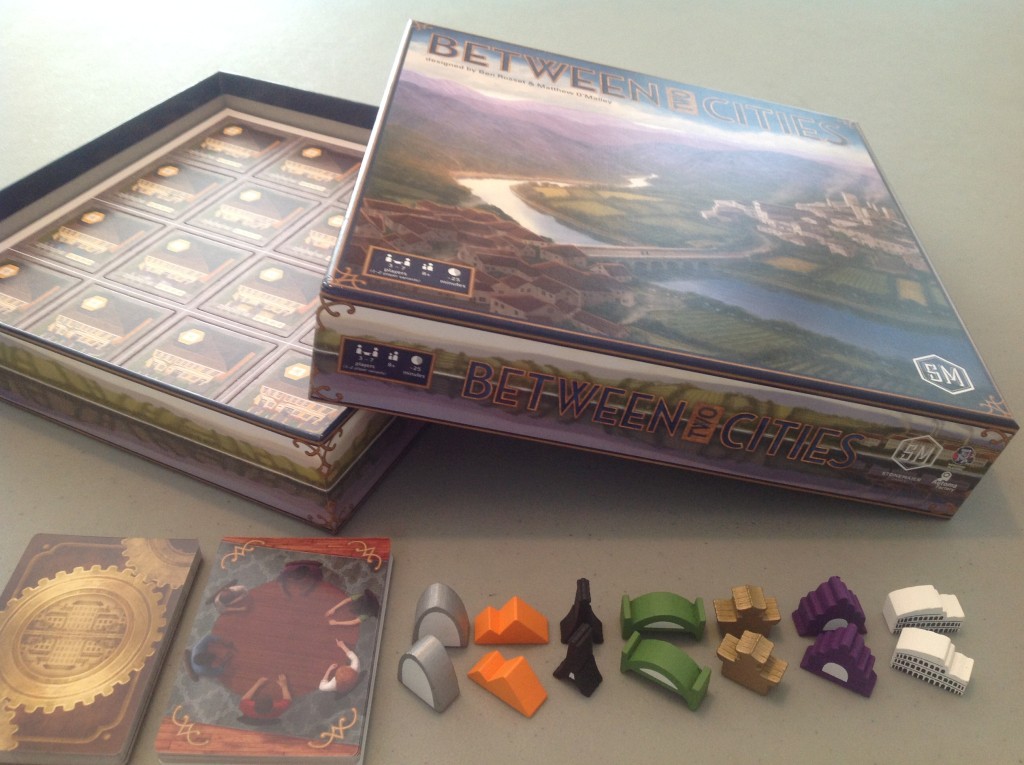 18 Comments on “Between Two Cities”