Viticulture: The Strategic Game of Winemaking

The Viticulture Essential Edition (STM105) is the official (and most robust) version of Viticulture. It contains 154 cards at the 44x67mm size and 78 cards at the 63x88mm size (24 of which are for solo play). The latest printing doesn’t have the red seal on the cover.

You can play Viticulture Essential online via Tabletop Simulator or Tabletopia.

You find yourself in rustic, pre-modern Tuscany, where you’ve inherited a meager vineyard. You own a few plots of land, an old crush pad, a tiny cellar, 3 workers…and the dream of owning the best winery in Italy.

Your job is to allocate your workers and helpful visitors to complete various tasks throughout the year. Each season is different on a vineyard, so the workers have different tasks they can take care of in the summer and winter. There’s competition over those tasks, and often the first worker to arrive at each one has an advantage over the rest.

Using those workers and visitors, you can expand your vineyard by building structures, planting vines, and filling wine orders as you work towards the goal of owning the most successful winery in Tuscany.

Here are full details about the Essential Edition: the official, primary, and best version of Viticulture. 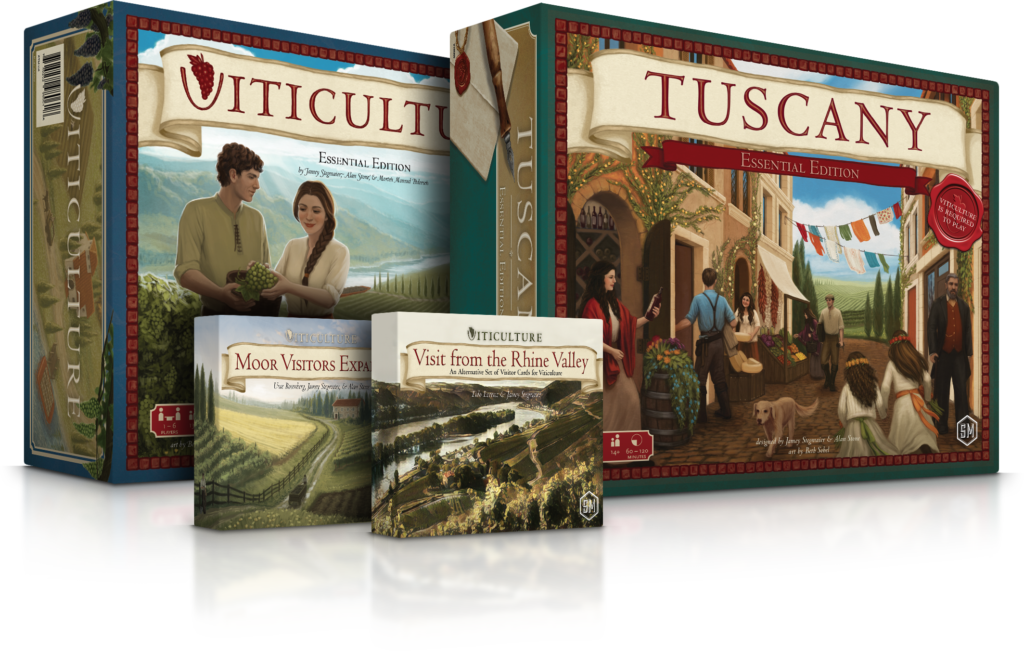