How I’m Trying to Idiot-Proof Myself 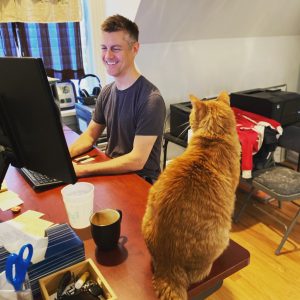 If you’ve followed Stonemaier Games for years, you know what I’m talking about. There was the time I accidentally spoiled our own product by posting a thumbnail of the box that I thought people wouldn’t be able to read. I once put a bar code on a product that I’d already used on another product. Last year I approved neoprene mats for Wingspan without realizing the sample was 5% smaller than it should have been.

There are other mistakes too, many of which didn’t originate with me, but they’re ultimately my responsibility. Proofreading errors, rule discrepancies, balance issues, production shortfalls, etc. These are mistakes that directly impede our mission of bringing joy to tabletops worldwide.

I try to learn from every mistake I make. I’ve added more proofreaders and extended the timing of proofreading. I’ve added another set of eyes to every sample we receive. We work with a data analyst to look at playtest data for issues I can’t see. I have a focus group of retailers and distributors to help me gauge demand for new products before production begins. There are various people who review my work at various stages of every project. And so on.

Yet I have continued to make mistakes, and I will continue to do so. My most recent embarrassment was that the My Little Scythe expansion, Pie in the Sky, was printed without player tokens for the 2 new factions. Why? I never told our manufacturer to make them. They weren’t in the rules, and no one (the designer, proofreaders, graphic designer, localization partners, and manufacturer)–but most importantly, me–never noticed. The result was that we had to delay the release by several months while we frantically made those components.

So recently I decided to try something a little different. Something I’ve never had a boss, supervisor, or manager say to me. I understand why, as it isn’t exactly the type of thing that inspires confidence in my leadership.

Basically, I gave permission to Joe (the one other full-time employee at Stonemaier Games) to assume that everything I do has a mistake in it. In my exact words, I wrote to him, “Moving forward for all products, you view every detail of every product under the assumption that I’ve missed something. I’m asking for such broad coverage because there’s no other way some of these mistakes can be detected, and I don’t trust myself to not make them.”

This wasn’t me telling Joe to review my work–he already does that. This was me asking Joe to assume that everything I do is a mistake in the hopes of catching those mistakes before it’s too late.

It wasn’t easy at all for me to request that of Joe. In fact, I resisted even looking back at that email while writing this post. As open as I try to be about my mistakes on this blog, expressing my overall inadequacy to an employee was extremely difficult. Despite the burden that put on Joe, he seemed to take it in stride.

I’m not sure if this is something that other managers, bosses, and leaders already do or should do. Yes, there are terrible leaders who truly believe they’re infallible. There’s no helping them. I think there are plenty of other leaders who make it clear that just because they’re in charge doesn’t mean they’re right. Is that enough? Or is it beneficial to take a step further and tell employees, “Always assume that I’m wrong”?

I’d love to hear your thoughts and examples. Have you ever had a boss say something like this? Or an authority figure who could have benefited themselves and the company by enabling employees to seek, identify, and highlight their shortcomings?

If you gain value from the 100 articles Jamey publishes on this blog each year, please consider championing this content!

29 Comments on “How I’m Trying to Idiot-Proof Myself”