How to Build a Cloud Dungeon with 1,946 People

A recently-ended campaign that I really admire–especially for the video, which is superb–was The Cloud Dungeon. I invited the creator, Andrew Miller, to write a postmortem to share with you what he learned from his first Kickstarter project, and he was very kind to take me up on this offer (which is incredibly helpful, as Scythe is keeping me busier than I’ve ever been on Kickstarter). Thanks Andrew!

For my first Kickstarter campaign, I launched my paper craft game, The Cloud Dungeon. I learned a lot through the process: 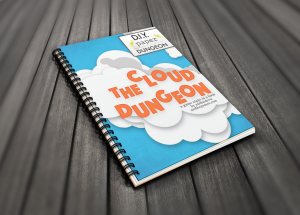 Because my game is story-driven, I didn’t want to show videos of people playing the game because of spoilers – I did my best to communicate what was in the book, spoiler-free, but for a few backers that wasn’t enough. Most backers are ok with a certain level of uncertainty, but in the future I will provide a more spoileriffic look into the game for people who want it.

3. Lay out an expected timeline

I didn’t have any sort of public timeline, so I’ve ended up answering many questions about when rewards are expected to be delivered, etc. This was probably because I spaced the releases out, with the BETA print-and-play launching in early October, the final version of the book and PnP in December, and some of the big stretch goals in early 2016. The information about what what was launching when was on the page, but it was scattered all over, and it would have been better if I had collected it all in a timeline of expected delivery dates. 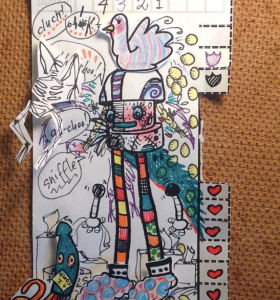 3 things I would do again

I had lots of backers write me to tell me how much my Kickstarter video meant to them: they were inspired by my story. It was a compelling video because I didn’t just show what my game was about, I told a story about why I was making the game, beyond money, or business success. I strongly suggest you watch/read Simon Sinek’s content about leadership, especially his book “Start With Why”, and his TED talk. His ideas were key to forming my story.

Several times throughout the campaign, I would publish an update asking for weapons, armor, or item suggestions, and backers commented on the update with their ideas. I would pick the ones I liked, and put them in a Straw Poll survey for backers to vote on. This level of democracy (or is it anarchy?) might not work with your project, but it was an incredible amount of fun for my backers, and for me. 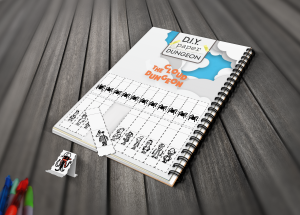 7 hours before the end of the campaign, I invited everyone to hang out on Nurph (a twitter chat platform) to count down the final hours of the campaign. We chatted and watched the pledge numbers rise, eventually unlocking the final stretch goal. Everyone was sharing like crazy, we had an impromptu coloring contest, and a few inside jokes from that chat made it into the book. It was a great time – I highly recommend doing something like this to cap off your campaign, just for the sheer fun of it. I also hung out in the Kickstarter comment section at the same time, but the Kickstarter comments are really limited. It was nice to be able to talk in real time (Counting down the seconds at the end!) and post images. It was also nice to connect a name from Kickstarter with Twitter accounts, where I can continue to grow friendships with individual backers.

Running my own campaign and interacting with my backers was a blast. Five stars, would Kickstart again.

If you have any questions for Andrew, feel free to post them in the comments!