Interview with a Mega-Creator: Lisa Fetterman of Nomiku

Today I had the opportunity to chat with Lisa Fetterman, the creator of a sous vide cooking device and the CEO of Nomiku. Through her two Kickstarter projects, Lisa has raised a total of over $1.3 million (1,880 backers on the first project and 5,538 backers on the second project), putting her in elite company in the Food category on Kickstarter.

Lisa is in California and I’m in St. Louis, so we spoke on the phone about her Kickstarter experience. I wish I had been able to connect with her while writing my crowdfunding book, as it would fit perfectly with the other stories in the book. I asked a bunch of questions and took notes by hand, so very little of what follows is an exact quote. I’m going to highlight and explain the key takeaways from our conversation. 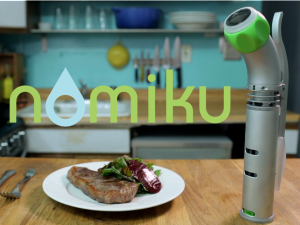 Create a Proof of Concept

The whole idea of Nomiku came about because Lisa and her business partner (now husband) wanted a sous vide machine to exist. So she made it. She released the original design to do-it-yourself maker spaces across the US, and she found that a lot of other people wanted this device as well.

Lisa and her business partner sought out traditional sources of funding to make the device, but they all turned her down. So they turned to Kickstarter with a functional device in hand. Not only was that a crucial element for Kickstarter to accept the project (though they were a lot more flexible back in 2012), but it was also the right thing for her backers. They weren’t backing an idea–they were backing something that definitely worked.

Lisa has a background in journalism, so she applied some of that expertise to Kickstarter. First, she informed her media contacts about Nomiku well before the launch (2-3 months in advance). This is similar to the relationship-driven model of media contacts that I recommend.

Second, 1 week before she launched the campaign, Lisa followed up with those media contacts with a link to the final preview page and an exact date and time for the launch. I usually do this about 2 weeks before launch, but Lisa recommended 1 week.

Third, Lisa always tries to launch on Tuesday at 9:00 am EST when the news cycle starts. The day of the week could fluctuate, but Lisa recommends always launching on a weekday in the morning.

“The Best Way to Connect”

When she launched her first project, Lisa wasn’t quite sure what to expect. She quickly realized, as many project creators do, that it’s a lot of work. She was flooded with comments and messages. 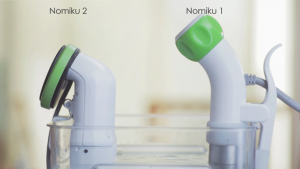 Also, as I heard from many of the creators I interviewed for my book, Lisa got a ton of feedback from their original backers that translated into a better product for version 2.0 of Nomiku. While you want to deliver a great product the first time around, backers often become your strongest testers and advocates.

I asked Lisa if she had a message she’d like to convey to her fellow creators, she said, “Failure is part of the plan. You learn so much if you fail fearlessly.”

She’s not only referring to creators who don’t successfully fund the first time and return with a much better project later, but she’s also her own experience with a different type of failure.

The first campaign was incredibly successful ($586,061 raised from 1,880 backers), but Lisa said that not every backer was happy with the final product. Nomiku had major struggles shipping internationally, and they underestimated how different the international version of the product needed to be as compared to the US version.

But Lisa embraced those failures, communicated early and often with backers (on a group and individual level), and returned to Kickstarter with an even bigger hit for the launch of Nomiku 2.0 ($750,192 raised from 5,538 backers). 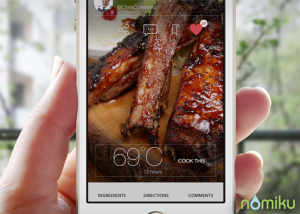 All Employees Are Customer Focused

I’m always interested in companies that have their foundations in a crowdfunding campaign. Nomiku is such a company. It started out as just Lisa and her business partner, and now they have 10 employees.

Reflecting what I noted earlier Kickstarter being the best way to connect with people, I asked Lisa who handles customer service now. She mentioned herself and started to list other names before saying, “You know, it’s pretty much everyone.”

I thought this was pretty cool. Everyone at Nomiku is focused on the customer, and they all interact directly with customers. To me, that’s the epitome of a Kickstarter-founded business.

Lisa and I discussed some specific reward levels on her projects:

It’s rare that I get to talk or write about food or technology projects, especially not from such a mega creator as Lisa, so it was a pleasure to hear her point of view. I look forward to hearing your thoughts!

3 Comments on “Interview with a Mega-Creator: Lisa Fetterman of Nomiku”