Kickstarter Lesson #133: The Psychological Benefits of Launching and Ending a Campaign Within the Same Month 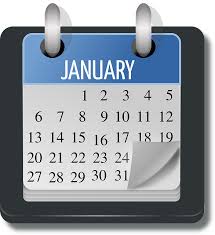 I’ve written a few posts about timing and length of projects (links at the bottom of this post), but I read something in the NY Times yesterday that made me look at crowdfunding projects in a new way.

The article is about setting personal resolutions and how timing has an impact on the success rate of achieving those resolutions. It cites some studies showing that people are more likely to start and finish their goals if they were in the same month or year.

Here’s the paragraph that stood out to me for project creators:

The researchers also found that people were “more likely to start working on a task whose deadline is in the current month than in the next month,” even though the number of days to finish the task was the same, Ms. Tu said.

This is just a crazy theory, but I wonder if the same applies to Kickstarter. If a backer happens upon a current project in, say, the month of January, but the project doesn’t end until February, is there a part of their subconscious that says, “This isn’t an immediate concern–I’ll wait until later”?

I would suspect that’s the case. I’m specifically referring to our subconscious mind–that’s what the NY Times article is all about. It supersedes logic. But if launching and ending your project within the same month helps backers see the project as a decision to make now instead of later, that’s good for both of you (especially if you give backers a fun, engaging experience).

UPDATE: In the comments, Isaac pointed out something really interesting. This same theory could also apply to the year in which you estimate delivery for your rewards. If the project starts in 2015 but you won’t deliver in 2016, that might be perceived as too far in the future.

What do you think? Is there a small part of you that is more likely to put off a decision if it doesn’t need to be made until next month?

If you are a tabletop game creator, please help yourself and others by marking your estimated launch and end dates on this Google Doc.

18 Comments on “Kickstarter Lesson #133: The Psychological Benefits of Launching and Ending a Campaign Within the Same Month”