Kickstarter Lesson #144: How to Maximize the New “Spotlight” Feature

Earlier this week I received an intriguing e-mail from Kickstarter about their newest feature, Spotlight:

We’re introducing an exciting evolution for successfully funded projects — one that lets you tell your whole story, from concept to reality, and showcase everything you’ve accomplished along the way. Meet the new spotlight page:

New tools make it easy to customize the look and feel of your page, share news, and put the focus on everything you’re making and doing. Even that big green “Back This Project” button is all yours now: add a link and you can send visitors to experience your creation for themselves.

Ready to set up yours? Just log in, click on any successfully funded project, and get started. On March 25, all successfully funded Kickstarter projects will switch over to spotlight view — so the first thing every visitor sees will be the story of your project coming to life. 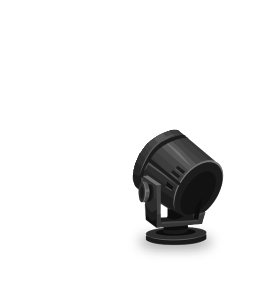 This is really cool. It’s a formal way of Kickstarter acknowledging that their site is a place where ideas can grow from one-time rewards into products and businesses. Instead of being a static page, frozen in time from the moment your project ends, it’s a living entity, an invitation to for newcomers to learn more.

Before, when time ran out on your campaign, you could no longer change any element of the project page. Now there are several things you can change:

Some of these are more important than others. For example, I use a 3D mockup for feature images on my projects because I don’t have a photo of the finished game at that point. When the final game is ready, a photo of the box (or the game on the table) is a much better representation of the game than the 3D mockup. Now I can change it at any time.

The most important element you can change is the button that says “Back This Project” during the campaign. In the past, that button disappeared after a campaign ended because it served no function. Now the button is back (if you want it, and you definitely do), and you have full editing power over it. I changed my older campaign buttons to say “Buy” and linked them to each respective Buy page on my website. For the more recent Between Two Cities, I changed the button to say “Pre-Order Now,” and it also links to my website.

If you’re not selling your product or accepting rewards, you can have the button go to your Facebook page or e-newsletter signup–it can really go anywhere.

There are a few other important changes. When someone now goes to your successfully funded, expired project page now (here’s a link to Between Two Cities as an example), the focus is no longer on the backer count and funding total–they’re near the top of the page, but they’re much smaller.

Much more prominently featured are your project updates. That’s the default landing page (not the body text of the project page). This means two things for creators:

There’s still a lot to learn and discover about the Spotlight feature. I’m excited to how other creators use it on their projects. If you have any ideas, let me know in the comments!

13 Comments on “Kickstarter Lesson #144: How to Maximize the New “Spotlight” Feature”