First I got hooked on his “superhero” trilogy called The Reckoners. Then I discovered his Mistborn series, which is one of the best fantasy books I’ve ever read–it’s the kind of book I can’t wait to finish, but I also dread the day I read the last page because I’ll want more.

But the reason I’m writing about Sanderson today isn’t the content or quality of his books–rather, it’s how he communicates to his readers the status of in-progress works and how it applies to crowdfunders.

Most authors work in a vacuum. Readers have no idea about how much they’ve written or where they are in the revision process. Usually all we get for our favorite authors is a blog entry telling us the release date. (I’m the same as everyone else–that’s exactly what I did for my upcoming book, A Crowdfunder’s Strategy Guide).

The highlight is at the bottom right of the image. It’s here that Sanderson tells his fans the exact status of his works-in-progress.

This is an incredibly powerful tool. The status bars offer reassurance through precision that everything is moving forward.

So as a little experiment, I’ve added a status bar to the main project image for both of my in-progress projects, Between Two Cities and the new treasure chests. I’m not a graphic designer, so they’re not the prettiest progress bars ever, but I think they convey the necessary information: 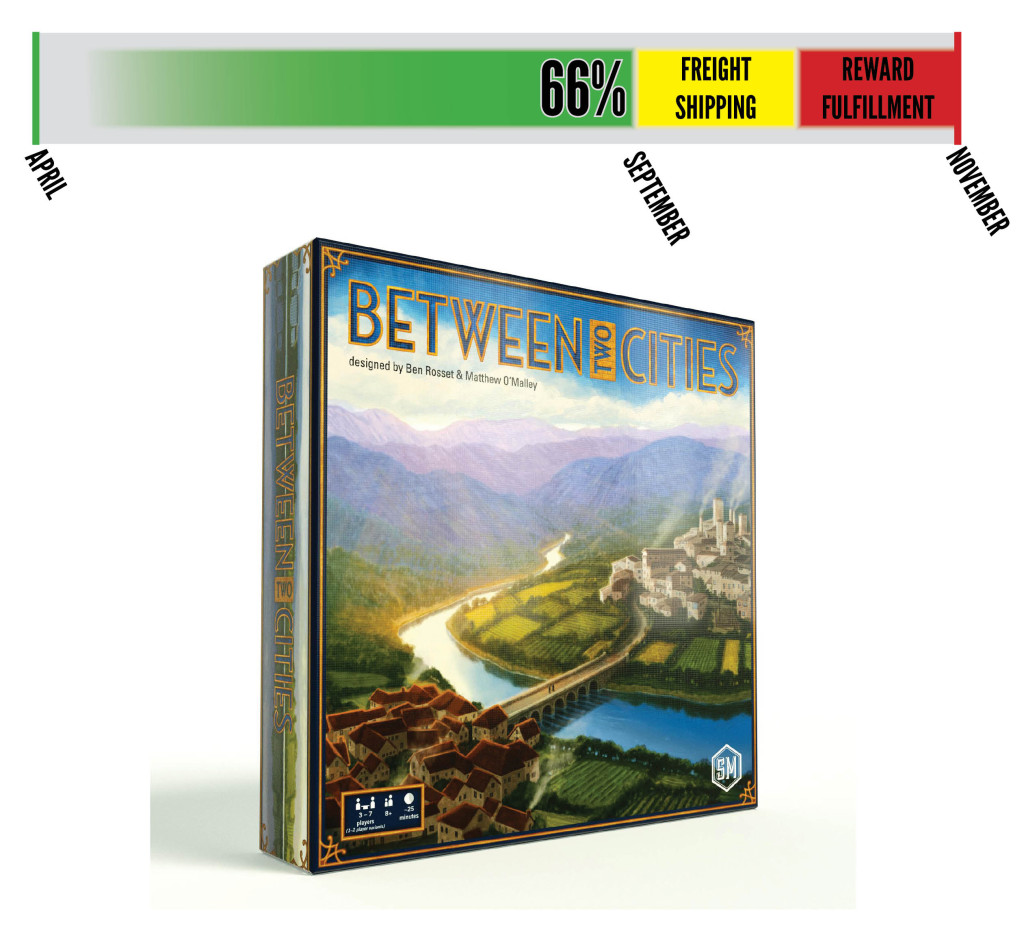 I based the percentages on a somewhat standard post-Kickstarter schedule for a tabletop game:

Each of those amounts to 17%, unless my math is way off.

I’m curious to see how backers respond to this, if they notice it at all (though it’s pretty hard to miss at the top of the project page). I’m also going to try to create something similar for our other products.

What do you think? Is Sanderson onto something that’s helpful for creators and backers?

Also see how Roxley Games shows progress on Santorini, like on this project update. Very nice!

35 Comments on “Kickstarter Lesson #161: The Power of Public Progress”