Kickstarter Lesson #186: The Vocal Minority vs. the Silent Majority 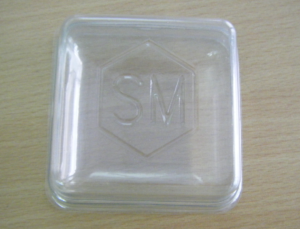 A few months ago, I presented a key decision about Scythe to Alan and Morten. I was debating the idea of adding something (2 plastic containers) to the retail and basic KS versions of the game. The other reward tiers already had 4 plastic containers (the maximum the box can fit). The containers are really handy for setup, table organization, cleanup, and storage.

We were overwhelmingly in favor of adding the 2 plastic containers to the lower-tier rewards. But one person had a caveat: “If we do this, we run the risk of getting berated by a vocal minority who think only people who paid for the containers should get them.” (The value of the 2 plastic containers is about $1; they were associated with a much higher-priced item, the realistic resources.)

I thought about this. It was a fair point, and it was likely to be true. In fact, I’ve made decisions in the past simply to avoid the ire of the vocal minority.

This time, though I focused on a few aspects of the decision. Was it unethical? Was I breaking a promise? Was I not putting backers first?

Also, was I ignoring constructive feedback (or the potential for it)? Just because someone has an minority opinion doesn’t mean it’s an invalid opinion.

After considering “no” to all of those questions, here’s what I concluded: If we base every decision on the grumpiest portion of the vocal minority, Stonemaier Games is run by grumpy people. That’s completely the opposite of our mission to bring joyous, memorable moments to tabletops around the world.

That’s how we ended up putting 2 plastic containers in the retail and lowest-tier versions of Scythe.

I think sometimes we lump everyone in the vocal minority into the same group–I’ve definitely done that. But that’s not fair. They’re individual people with individual opinions. They each have different motivations for sharing their feedback, different levels of self-awareness, and different social skills.

However, most people don’t speak up at all. Scythe has nearly 18,000 backers. My updates average around 200 comments each. That leaves a huge silent majority, some of whom read the updates, others who unsubscribed long ago.

Here’s a quote about the silent majority from the Signal v. Noise blog (in regards to people reviewing their app):

For many people, your app is doing its job dutifully and everything is working great…. But for them writing a review is never going to be a priority. Even if they love your app and are raving to their friends and co-workers about it, giving you written, positive feedback is never going to compete against the hundred other things they’ve got going on in their lives.

So, try to delineate the constructive vocal minority from the destructive folks, while keeping in mind that most of the silent majority isn’t speaking up because they’re fine with what you’re doing.

How can you be an effective member of the vocal minority?

How can you be an effective member of the the silent majority?

Backers: Have you ever been in the vocal minority? Do you feel the way you expressed yourself was effective?

Creators: What’s your experience with the vocal minority?

67 Comments on “Kickstarter Lesson #186: The Vocal Minority vs. the Silent Majority”