Kickstarter Lesson #206: Who Do You Root For? 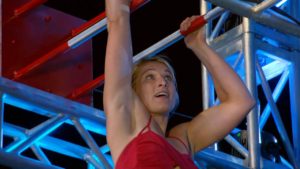 10 or so years ago, I spent a few hours every Sunday watching football with a few friends. One of those friends was a passionate Atlanta Falcons fan. Eric reveled in every first down and suffered with every turnover. He really loved the Falcons.

I’m a 49ers fan, but my passion for them doesn’t come close to Eric’s love for the Falcons. So I found myself rooting for the Falcons. Even to this day, unless the Falcons are playing the 49ers, I root for them. Not because I care. But because my friend cares so much.

I’m fascinated by what makes us root for teams, people, and organizations, even when it intuitively doesn’t make sense. Understanding this side of human nature can help us become more effective Kickstarter creators.

Today I have a few examples of what I find myself rooting for (even against my better judgment) and how this knowledge might be utilized in crowdfunding campaigns.

That’s just a small sampling of the types of things I find myself rooting for. I’d love to hear your thoughts on this list, as well as other types of things you root for and how they might relate to crowdfunders.