Many of you have heard of Kicktraq and know all about it. If so, this post might not add much value. But I don’t want to assume that everyone knows about Kicktraq–honestly, probably only a small percentage of people do. (That in itself is a good reminder for all of use Kickstarter creators–don’t assume that your backers know Kickstarter terminology, resources, and etiquette as well as you do.)

Kicktraq is the brainchild of Adam Clark, who happens to be on Stonemaier Games’ advisory board (I asked him if we could occasionally pick his brain, because if he’s brilliant enough to come up with Kicktraq, his is a brain worth picking). Kicktraq creates a graph for every Kickstarter project based the growth and evolution of other projects to predict how well every project will do. The graph is free, easy to embed, and surprisingly accurate.

Adam did something really cool with Kicktraq in that he designed it so you never actually have to go to Kicktraq’s website. You can install a Kicktraq plugin on any browser (search your browser’s plugin/extension list) so that when you go to a project page on Kickstarter, the graph will automatically appear on the page. It will completely change the way you look at Kickstarter.

Based on what I heard on Richard Bliss’ “Funding the Dream” podcast, the earliest time you can look at a Kicktraq chart and get an accurate read is about 9 days into a project. It makes sense–projects often either start slow or with a huge influx of backers, then they slowly creep up day by day, level out, or occasionally have big jumps. Day 9 gives you clarity on the true trend.

For example, the Veronica Mars movie project that launched last night has already raised more than $3 million. Kicktraq predicts the project will end up making a total of $49 million over the next month. Clearly that won’t happen. But check back on day 9 and you’ll see a very accurate projection.

That’s something to keep in mind when you’re looking at your own project’s Kicktraq. I would almost recommend not looking at it at all, because at times it’ll look like your project is going to make a BILLION DOLLARS. Especially early on. Also, if your project is doing well, you can’t just sit back and assume it’s going to continue doing well. The success of Kickstarter projects is directly correlated to the amount of work you put into them. There is no coasting. If you go a few days with no backers, look at Kicktraq then to inspire yourself to get back to work.

If you’re reading post in a feed, pop on over to the real website, because we just launched the redesigned site today. Let me know what you think. And if there are any uses of Kickstarter I’m forgetting, feel free to comment on them as well.

Next: The Money-Back Guarantee and Trust 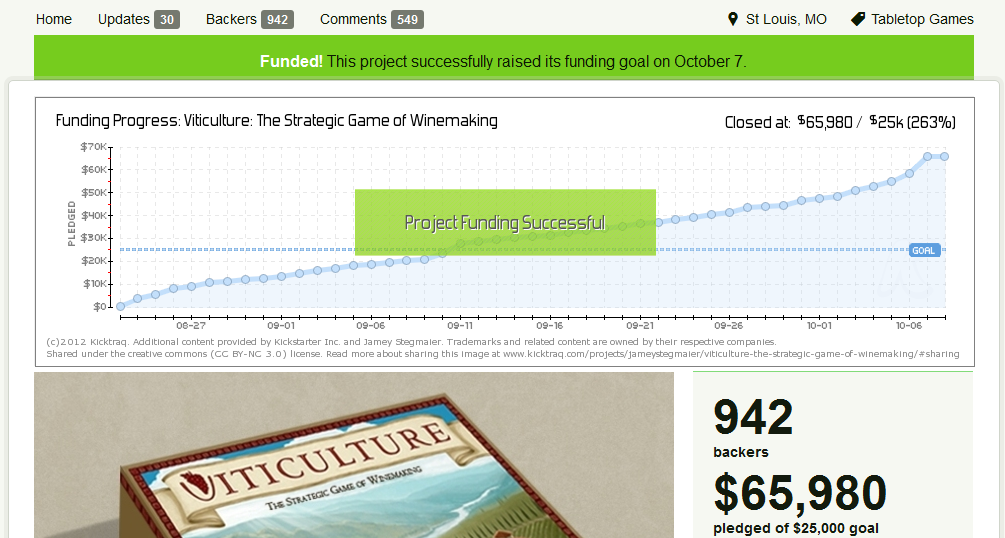