Kickstarter Lesson #214: How I Pick My Partners 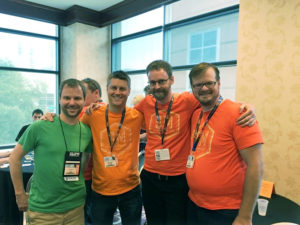 Some of the most defining moments of Stonemaier Games’ history are when partnerships were born: Alan Stone saying he’d like to work on Viticulture with me; One Moment Games asking me if the Chinese-language rights to Viticulture were available; Jakub Rozalski agreeing to partner with me on Scythe.

A partner is distinctly different than client/customer relationship. Neither party is working for the other; rather, in a partnership, you’re working together in mutually beneficial way.

Today I thought I’d talk a little bit about how I pick my partners, highlighting a few key elements that might be relevant to other creators. These people picked Stonemaier and me just as much as I picked them–it’s not like it was some grand altruistic gesture for me to select them. These are roughly in chronological order:

One pattern you might notice is that in almost every partnership, we had an existing relationship of some sort before the partnership began. That gave us the chance to feel each other out without anything on the line. I had met a few of them face-to-face, but not all of them. Face-to-face is helpful, but most of our communication is going to be over e-mail anyway.

With most of these partnerships, I initiated the first conversation about the potential partnership. The one consistent exception are our localized partners–almost all of them reached out to me to express their interest in a specific game, and the partnerships grew from there.

Last, I’ve learned over time (and I’m still learning) to trust my gut when I’m considering a partnership. I want to work with people whom I genuinely enjoy–I don’t want to be annoyed every time I hear from them (and I’m sure they feel the same). Do they constantly change their mind? Do they ask for special treatment? Do they meet deadlines and pay their bills? Some of those aspects are tough to figure out from a few conversations, so I sometimes check around with their other partners.

I’m sure the creators who read this are involved in some mutually beneficial partnerships. What’s one partner you enjoy working with, and why did you pick them in the first place?

8 Comments on “Kickstarter Lesson #214: How I Pick My Partners”