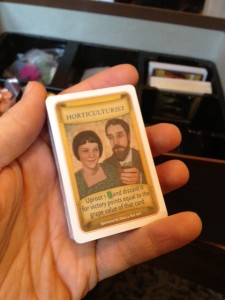 We did something fairly unorthodox with our Kickstarter campaign: We offered a money-back guarantee exclusively to Kickstarter backers.

The terms for our money back guarantee are as follows: If you pledge to support Viticulture on Kickstarter and you decide the game isn’t for you within one month of receiving it, you may return it to us for a full refund. Although we’ll be curious, we won’t ask for any explanation or reason for the return. The one-month limit is there simply because almost all games will eventually overstay their welcome; this gives backers a reason to play the game right away (hopefully multiple times before making a final judgment) and then making an informed choice about returning it if it’s not for them.

Why would we do this? Aren’t we afraid of hordes of backers returning used games to us, causing me to live on the streets in a cardboard house made out of Viticulture boxes?

Although I’ve listed two reasons there, trust is by far and away the focal point. Project creators do all sorts of things to establish trust: They get third-party reviews of their product, they show photos of the product, they demonstrate their ability to make the product based on their background, they keep backers in the loop through consistent and transparent communication. 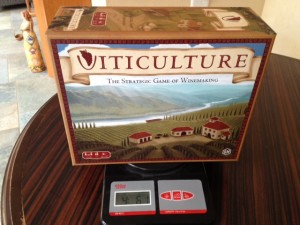 All of those are great ways to establish trust. But I must admit I’m surprised more creators haven’t offered a money-back guarantee. I think I know the reason, though, because I felt it back in August when I put it on Viticulture’s project page and I feel it now as I’m preparing to ship out 1300 games to backers: fear.

All of those are valid fears. Like I said, I feel those fears. But I say, use those fears to drive you to do better and be better. Use that fear of rejection to make something beautiful, something that people cherish, something the brings people together to game. Use that fear of abuse to create true and genuine connections with backers. Use that financial fear to make find the proper contacts in your industry so your product can have a life after Kickstarter.

Use that fear not only to help your backers trust you, but also to help you trust yourself.

And let me be clear: Like most project creators who use Kickstarter to jumpstart a new project, I don’t have a well of money waiting to send refunds out to backers. Quite the opposite, really. But I believe that the number of backers who supported Viticulture partially due to the money-back guarantee (perhaps it was a tipping point) is far greater than the number of backers who will return the game.

We’ll see how it works out for Viticulture, and I’ll be sure to let you know. For now, let me know how you’ve seen project creators establish trust with backers. What’s effective or ineffective from your perspective?

Next: Setting and Achieving Goals

The Results of Euphoria’s Money-Back Guarantee

Podcast with Game Salute about the money-back guarantee.

25 Comments on “Kickstarter Lesson #22: The Money-Back Guarantee and Trust”