Many of this week’s Kickstarter Lessons will be about reaching out to people (bloggers, reviewers, etc) to attract new backers to your project. But even more important than that is to engage the backers you already have–after all, those are the people who already already buy in to what you’re doing, and thus they make the best evangelizers of your product. Plus, backers (especially early backers) have the opportunity to offer you feedback to improve your product.

I was recently discussing this concept with backer, friend, and Stonemaier Games board member Morten, and after reading his perspective on backer outreach, I asked him to share it on this blog so other creators can benefit from it. Morten uses the story of Viticulture as a framework to help you see the impact that backer engagement can have on a project. I’ll let Morten take it from here:

How do you get complete strangers to help improve your product and evangelize it? How do you do this without any relevant track record or platform?

Sounds impossible, doesn’t it? But Jamey Stegmaier actually achieved this with the Viticulture Kickstarter campaign. I’m one of the people who paid money while spending lots of hours helping out, and here I’ll describe why I did this, in the hope that it’ll help you to achieve the same results with your Kickstarter campaign. 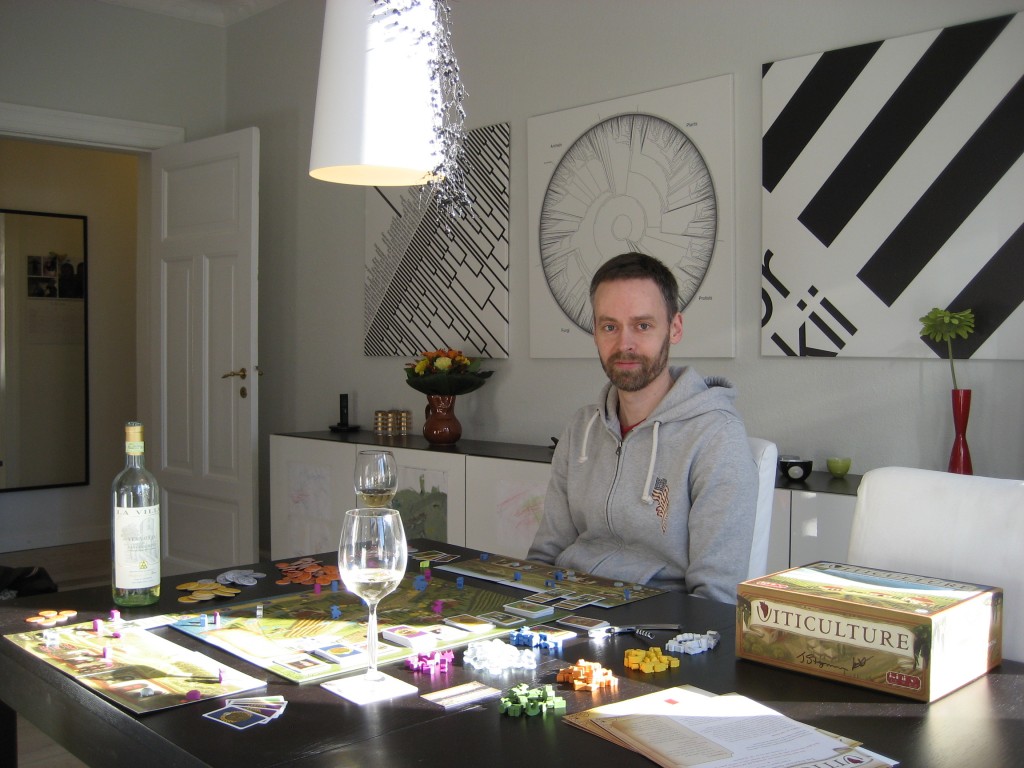 In August last year I was on a trip to Tuscany where I visited a small vineyard and bought some of their wine. Roughly a week after coming back I noticed the Kickstarter campaign for the board game Viticulture that’s about running a vineyard in Tuscany. This coincidence caught my attention, but the designers were unknown to me and complete nobodies in the board game business, so I asked to see the rules for the game.

Jamey didn’t respond to my request to see the rules in the obvious ways such as simply sending me the rules or keeping them secret out of fear of idea theft. Instead he very swiftly engaged me by being open about his fear of a rules document without illustrations and nice layout deterring potential backers, and he asked for my opinion. We had a brief exchange where he was quick to respond and the result was that Jamey posted the rules.

So Jamey got me hooked by engaging me, sharing his thoughts and listening to what I said. During the following days he continued to feed me the line and sinker.

Let the backers be part of the dream

I downloaded the rules and read them. As a force of habit I noted typos and ways to improve the text, and since Jamey had come off as a nice guy who was genuinely interested in input from backers, wrote down my suggestions for changes and sent them to him. Within the same day he had incorporated my changes and reposted the updated rules with a public “thank you” to me.

At this point I had become emotionally invested in the Kickstarter, I felt that I was actually a part of the project, and I increased my initial pledge from $5 to $69. Spurred on by my suggestions being incorporated so quickly, I continued working on the rule text throught the campaign.

Within every hobby there are enthusiasts like me, who dream of making a real product, and such people will work for free just for the feeling of being a part of making a product.

Have the backers evangelize

The next step of my involvement came when a print’n’play version of Viticulture was made available to the most active backers and to anybody else who asked for it. I printed it out and scrounged parts from other games to make a prototype of Viticulture.

After playing some games I wrote a review and posted it to boardgamegeek.com, which is arguably the most important board game site with user generated content. Another backer did the same. Both reviews were positive and suddenly Viticulture had some real and positive information from independent sources available at a site frequented by the core of the potential backers.

The backers of Viticulture were now evangelizing the game. “I’m going over to BGG [boardgamegeek.com] to stir up some eyes” is an example of a comment posted by a backer.

Let the backers influence the product

After playing the game and writing the review Jamey and I ended up discussing the mechanics and design of the game, and it turned out that he was open to make tweaks based on input from backers. At this point we were exchanging mails on a daily basis and I was impressed by the amount of attention that Jamey gave me and I felt that he really listened to what I said.

All of this further reinforced the feeling of being part of the dream of making a game and thus got me even more invested in the Kickstarter.

At the end I had helped tweak the game mechanics, improve the quality of the written rules and evangelized the game, and not only did I do this for free, I actually paid $180 for the privilege.

I have also spent time helping out with the next Stonemaier game, Euphoria, I have signed up to work for free on an advisory board that has been set up and I’m now writing this blog post.

You might think that I’m crazy actually paying money to work for a commercial company, but from my point of view it hasn’t been work, it has been a great chance for doing something I love and live out a little part of my dream of becoming a game designer.

I used the term “commercial company” and while the techniques discussed here can work for a commercial company it will work much better if the backers feel that they’re helping out a nice guy who’s working like crazy to make his dream, which is shared by the backers, come true. In that regard Jamey succeeded. I didn’t feel that I was helping Stonemaier Games, I felt that I was helping out a passionate and genuinely nice guy.

If you play your cards right you’ll have people paying to let them work for you, and it’ll have the added benefit that you’ll get honest feedback, which is much better than the won’t-hurt-your-feelings-feedback usually provided by friends:

Finally I’d recommend setting up an advisory board of the most dedicated backers, so that you’ll have help after the end of your campaign, and someone to help you out with your next project.

Thanks so much for sharing your thoughts, Morten! If other backers (of any project) or project creators have some thoughts to add, feel free to do so in the comments below.

Also see this post about the importance of clarity on backer polls.