Kickstarter Lesson 241: Customers Are Not Cows 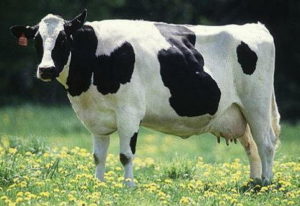 Do your customers feel like you’re milking them dry?

A few years ago, I designed an expansion called Tuscany for my first published game, Viticulture. It wasn’t just one expansion; rather, it was a series of expansions that players could unlock or mix and match as they wished. In total, after all Kickstarter stretch goals were reached, there were 12 expansions in the box.

Now, we could have released these expansions one by one over several years as small boxes, bundles, and promos. But I didn’t want our loyal customers and Viticulture fans to feel like we were milking them, constantly asking them to buy one more thing.

This philosophy has stayed with me over the last few years, balanced with the idea that if enough people want something that we think we can make well, we’ll make it. That’s why we have a form on our website where people can literally tell us what they want.

I’ve realized over the last year in particular how difficult it is to strike that balance, particularly with a product like Scythe. For Scythe, there seems to be an endless stream of things that thousands of people want. There are expansions and accessories and promos and even a bigger box.

I love the passion surrounding Scythe, but I realized earlier in 2017 that I have a responsibility to our customers: I must draw the line. I don’t want to make our customers feel like we’re milking them dry.

One thing I’ve learned throughout this process is that the perception of milking is just as important as reality. Despite my truest intentions, if customers feel like I’m trying to pull a few hard-earned dollars out of their wallets every month without an end in sight, that’s all that matters.

So I think it was a good wake-up call for me to take a step back and look through the eyes of a customer at our products. When I did this, I realized how they might view my company–it’s easy to look at all the Scythe products and misconceive, “Stonemaier Games is squeezing every dollar out of this brand that they can.”

In fact, this even extends to my recent thoughts about content campaigns (like if I started a Patreon for this blog and my game design YouTube channel). A big part of my hesitancy to start a Patreon (opposed to a one-time or annual funding event) is that I don’t want people to feel like I’m squeezing those dollars out of people month after month. Sure, it’s their choice, but there’s just something psychologically different about a one-time pledge versus an ongoing commitment.

How does this apply to Kickstarter creators? I’m not here to tell you what’s good or bad for your backers–that’s for you to decide. What I would suggest is that when you’re planning your reward structure and your add-ons that you try really hard to look at them through the eyes of a backer. How would you feel if you were an excited backer who stumbled across this project? Would you feel respected by the creator, or would you feel a little bit like a cow?

As I mentioned, this is such a tough balance, especially the idea of “respect.” I can respect my customers by not milking them, but I can also respect them to make the best decisions for themselves based on what I make. They’re no more lemmings than they are cows. They’re people!

I’d love to hear your thoughts on this topic. What’s a brand you love, and how does that brand make you feel respected as a customer? Have you ever felt milked by a company or creator?

Also read: There Is No Perfect Pickle

47 Comments on “Kickstarter Lesson 241: Customers Are Not Cows”