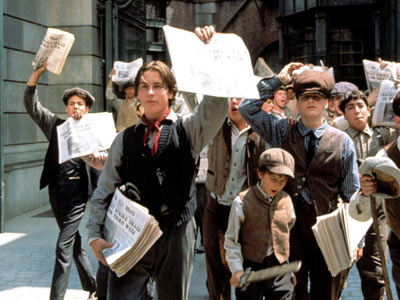 Several of my Kickstarter Lessons discuss blogger outreach (here and here). The philosophy behind blogger outreach is that you try to figure out what you can do for them, not what they can do for you. And you establish those relationships well in advance of your project–don’t wait until Day 20 (or even Day 1) of your campaign to start looking for board game blogs.

Press releases are a different animal. Sure, technically you’re doing something for the blogger–you’re informing them that your Kickstarter campaign is coming up so they’re among the first to know. But it’s strictly informative. You’re not asking them to do anything, and you’re not offering to do anything–you’re just letting them know about your campaign.

Why is this important? After all, it’s easy for anyone to learn about your Kickstarter campaign after you launch. The key is that you’re getting the word out there before you launch, thus building hype for your campaign. You don’t want to do this too far in advance of your campaign–aim for about 10 days in advance. Many of these bloggers won’t mention the project until it’s live, which is fine.

I don’t think the following is a shining example of press releases, but I’m happy to share the press release I sent out for Euphoria. This was a Word attachment. The body of the email itself was very short and demonstrated to the blogger that I actually read his or her blog. Thus this is not a mass e-mail! Never send mass e-mails. Take the time to write people individually.

Jamey Stegmaier and Alan Stone, creators of the Kickstarter hit Viticulture: The Strategic Game of Winemaking, are returning to Kickstarter to seek funding for their new game, Euphoria: Build a Better Dystopia. Game lovers familiar with the dice in Alien Frontiers and the worker-placement/removal mechanics in The Manhattan Project and Tzolk’in will feel right at home in Euphoria.

Euphoria has been blind playtested by over 60 people across the world, and it will launch on Kickstarter with the full art and design complete. The Kickstarter campaign will feature the game at $49, including free shipping to individuals in the US, Canada, and the European Union, as well as free bulk shipping to a limited number of backers in Asia and Australia. Just like with Viticulture (which has already been delivered to many backers early, with all other backers due to receive their games as promised in May), Euphoria comes with a money-back guarantee to all Kickstarter backers.

The world as we know it has ended, and in its place the city of Euphoria has risen. Believing that a new world order is needed to prevent another apocalypse, the Euphorian elite erect high walls around their golden city and promote intellectual equality above all else. Gone are personal freedoms; gone is knowledge of the past. All that matters is the future.

In Euphoria, you lead a team of workers (dice) and recruits (cards) to claim ownership of the dystopian world. You will generate commodities, dig tunnels to infiltrate opposing areas, construct markets, collect artifacts, strengthen allegiances, and fulfill secret agendas, all while trying to keep your morale high and your knowledge (represented by the numbers on the dice) as low as possible so your workers don’t discover they’re in a dystopia.

What are you willing to sacrifice in the present to make the future better than the past? Find out in Euphoria: Build a Better Dystopia.

Number of players: 2-5 (adding a 6th player is one of the many Kickstarter stretch goals)

The key is that you’re giving the blogger all of the information they need to write about or talk about your project, including the links. Different bloggers like to focus on different aspects of the game, but basically I’ve made it easy for them to copy and paste any or all of the paragraphs if that’s easiest for them. Make it easy on them.

Also, can you see the big thing missing from this press release? A link to the preview page of my project. That was a mistake–I should have included it, and so should you.

Don’t expect a response from your press releases, and for heaven’s sake don’t pester any of these bloggers to see if they received it or if they’re going to announce it. They got the e-mail. Give them the time and space to decide if they want to announce that information, and don’t take it personally if they never mention it.

If your Kickstarter project is a board game, here are some of the blogs/people to whom I would recommend sending a press release. If anyone on this list does not want to receive press releases or if any game bloggers would like to be added to this list, you can contact me (Jamey) at contact@stonemaiergames.com or comment below.

I follow a number of other fantastic blogs, podcasts, and YouTube channels, but I’m not aware (at least not in my notes) that any of them post board game news. So please let me know if I accidentally left you off the list.

Last, you might wonder if/when you should send out press releases to local press. I would recommend doing this if your project is locally relevant. My games are no more relevant in St. Louis than they are in Taiwan, so I did not send out local press releases for Euphoria. Patrick Nickel talks about the pros and cons of local attention here if that’s something you’re considering. If you go that route, I would actually wait until your project has launched and is doing well before notifying the local media.