One of the toughest challenges you’ll face while running your Kickstarter campaign is saying no.

It’s exciting to say yes during a successful Kickstarter campaign. It’s extremely flattering to know that strangers around the world are thinking about way to make your project and your product better. You’ll get suggestions from tons of people about new stretch goals and reward levels, changes and additions to the concept itself, and different ways you can expand the audience for the project.

You’ll also get some backers asking you for special favors. They might ask you to sign their project or send the two halves of a two-pack to different locations or to give a special shoutout to a project of their own.

It’s okay to say no to these suggestions and requests. Here’s why:

If you say yes to every suggestion and every special favor, you will damage your ability to deliver on your promises to all backers. You’ll have to decide for yourself what those core principles and promises are. For me, they are:

Many suggestions that backers have will help me deliver on those promises. If someone comes up with a great idea for a stretch goal that we can afford and it will make the game look more awesome, absolutely, that’s a yes…unless it would significantly delay the game (if it was a significant gain in awesomeness for a small delivery delay, I would consider it). 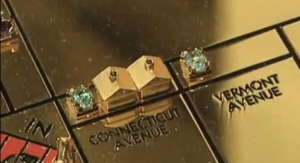 The decision to say yes or no to a good suggestion often comes down to budget. Sure, it would be cool to dip every copy of the game in gold, but the shipping increase alone would bankrupt you. If you’re bankrupt, you can’t make or deliver all copies of the game. So that would be a time to say no. Treat backers with the respect that comes with being honest to them about what you can or cannot do for them.

I’m exaggerating, of course–in fact, as you’re reading this, you’re probably thinking that you’ll easily know when to say yes or no to stretch goal and reward level suggestions. However, it’s much harder to determine the right answer in the heat of the moment.

Kickstarter backers are a savvy group, and they’re going to come up with some great ideas. You’ll want to say yes to some right away, but that may not be the right call. You’ll also want to say no to some right away, but I’d recommend taking some time to think about that first. Just because someone’s suggestion goes against your original plan doesn’t mean it’s a bad idea. Keep returning to those core principles and promises.

Last, I mentioned that some backers will ask for personal favors. Some of them will offer to pay for those favors; others may not. Even in the face of money, sometimes you just have to say no. In fact, it’s very rare that you should say yes to a personal favor. I love to connect and engage with backers, but my time is precious, and I want to be fair to all backers. If I sign your game, hand-pack it, and hand-ship it, what does that say about all the other backers who would love a perk like that but didn’t get it?

Here’s the thing: I think you’re much more likely to regret saying yes to a special favor than saying no. In hindsight, I am unsettled by almost every special favor I’ve granted. It’s not just about time and money–it’s the fact that I said yes to someone and treated them better than other backers. I want to treat all backers equally well.

Backers, on behalf of all project creators, I’d like to request two things of you:

To my fellow Kickstarter creators, good luck figuring out when to say yes and when to say no. Can you think of any examples of times when you had to say no to a great idea?

Also: How to Say No