Kickstarter Lesson #50: How to Reboot an Unsuccessful Kickstarter Project 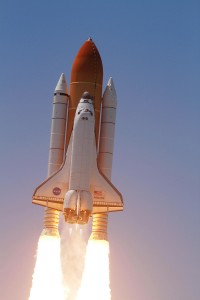 A few days ago I explored whether or not you should cancel or finish a struggling Kickstarter project. Regardless of your decision, if you decide to reboot your project on a future date, you’re probably wondering what you need to do to increase your chances of success.

This is an interesting topic for me to broach for several reasons. First, I haven’t ever rebooted a project. I’ve consulted on rebooted projects, but I haven’t done it myself. So I knew this would require some research. I get excited about spreasheets, and I hope you find the data on the bottom of this lesson to be useful.

Second, at a quick glance, reboots are very project-specific. Sure, I would hope that project creators looking to reboot would read over my Kickstarter Lessons to re-evaluate their project. That’s all general advice that hopefully will help. But each project creator who is working on a reboot has very different needs.

I was recently chatting with Emil Larsen, the creator of a game called Burning Suns, about rebooting projects. Emil launched Burning Suns in March 2013, and he didn’t quite reach his funding goal. So he spent the next 4 months honing his game and his project, and he recently relaunched. In just a few days he surpassed his original funding amount, and he’s well on his way to overfunding. You can see the rebooted Burning Suns project here.

I asked Emil if he could share the top 3 things that every rebooted project creator should know, and he wrote the following (I paraphrased in a few places):

I believe one of the dangers with a failed Kickstarter is that you’d be jumping to conclusions. Because how can you fail, when there’s an almost 50% success rate on board game projects?

If you fail, you should go directly to the market (backers) and ask why!

Whenever I had a backer that cancelled or didn’t pledge in the first place, I asked myself (and then the person) – WHY? Dig out the main problems with your campaign by analyzing these answers thoroughly.

Analyze the numbers on the dashboard, and on Kicktraq, analyze your bitly link data (or similar). You’ll often find answers to the activity and effectiveness of your campaign there.

I have a feeling many failed projects are remapped in a hurry and launched based on these assumptions:

Just because you didn’t hit your goal, doesn’t mean you should smack your budget down, lower your prices on everything and put your company at risk. It’s easy to just chop off a zero here and there, but it’s also an severe risk to take!

Here’s some of my suggestions for alternatives.

Raise the budget and include more content, don’t settle for half (I believe many backers have burned money on half projects, that only just reached their goal).

In general I think project creators are jeopardizing their own chances of success when they treat Kickstarter as a “economical gimmick” and not a business model and including the financial aspects of a production.

3. Nurture Your Previous Supporters by Sharing Your New Project Preview Page with Them

At first I was a bit disheartened by the fact that I had to create the project from scratch again (you can’t just copy the original project page). Didn’t I just spend 1½ months on this sucker, and now I have to start completely over?

I now realize how important it was for me to start over! It gave me a great opportunity to rethink every word, every comma, every piece of art, not to mention the order of all of the elements on the project page.

Once your project page is ready, share it with your previous backers (and new resources)! Here’s what you should do:

While you’re sharing your page, make sure to regularly talk to your former backers, keep them in the loop, and let them help you wherever they can.

Thanks Emil! His advice applies to any rebooted project. However, I want to explore his second point after we look at the data from other rebooted board game projects.

I explored 9 different projects that went through a reboot and were successful the second time around (I included Burning Suns, which is currently funding but has already exceeded the original amount it raised). BGG user Matt Wolfe, who maintains this ongoing list of tabletop Kickstarter projects, helped me remember a few of these projects. Thanks Matt!

You can click on the screenshot below to embiggen it, or you can click here to go to the live Google doc. You can add the data for other rebooted projects here to help other project creators.

Here are my overall takeaways from this data. These are things you should do to increase the chances of success of your rebooted project:

There’s one other point I need to make before I wrap this up: Many unsuccessful board game Kickstarter projects I see have subpar art and graphic design. The problem is, when you’re a project creator, you see your art and design through rose-colored glasses. It’s very, very hard for you to recognize your own subpar art and design. You can get backer feedback, but your backers are the ones who aren’t bothered by your subpar art and design–they’re not the ones you’re worried about. You should be worried about the thousands upon thousands of backers who looked at your project and thought it looked like unicorn crap (even though there might be a great game underneath).

Despite all those general points, Emil’s first point is probably the most important: Listen to your backers. They’re a savvy lot, and they’ll tell you most of what you need to know to improve your project for a successful reboot. Good luck!

41 Comments on “Kickstarter Lesson #50: How to Reboot an Unsuccessful Kickstarter Project”