Kickstarter Lesson #64: The Psychological Benefits of Showing Your Face

Last year when I was running my Kickstarter campaign for Viticulture, I posted from time to time on the Stonemaier Games Facebook page. I read every comment posted there and try to respond as often as possible.

There is one particular moment I recall from a conversation I was having on the Facebook page with some backers. I think we were talking about what games we were playing that weekend. Every time I posted a comment, the following icon appeared next to it:

The more I saw that thumbnail pop up next to comments I was making, the more uncomfortable I became. I felt separate from the comments I was making. Not to mention that the other people involved in the conversation had thumbnails of their faces. It was like I was some faceless corporation replying to people (even though I’m the only person at Stonemaier who uses social media). It didn’t feel personal at all.

So I changed the thumbnail to this: 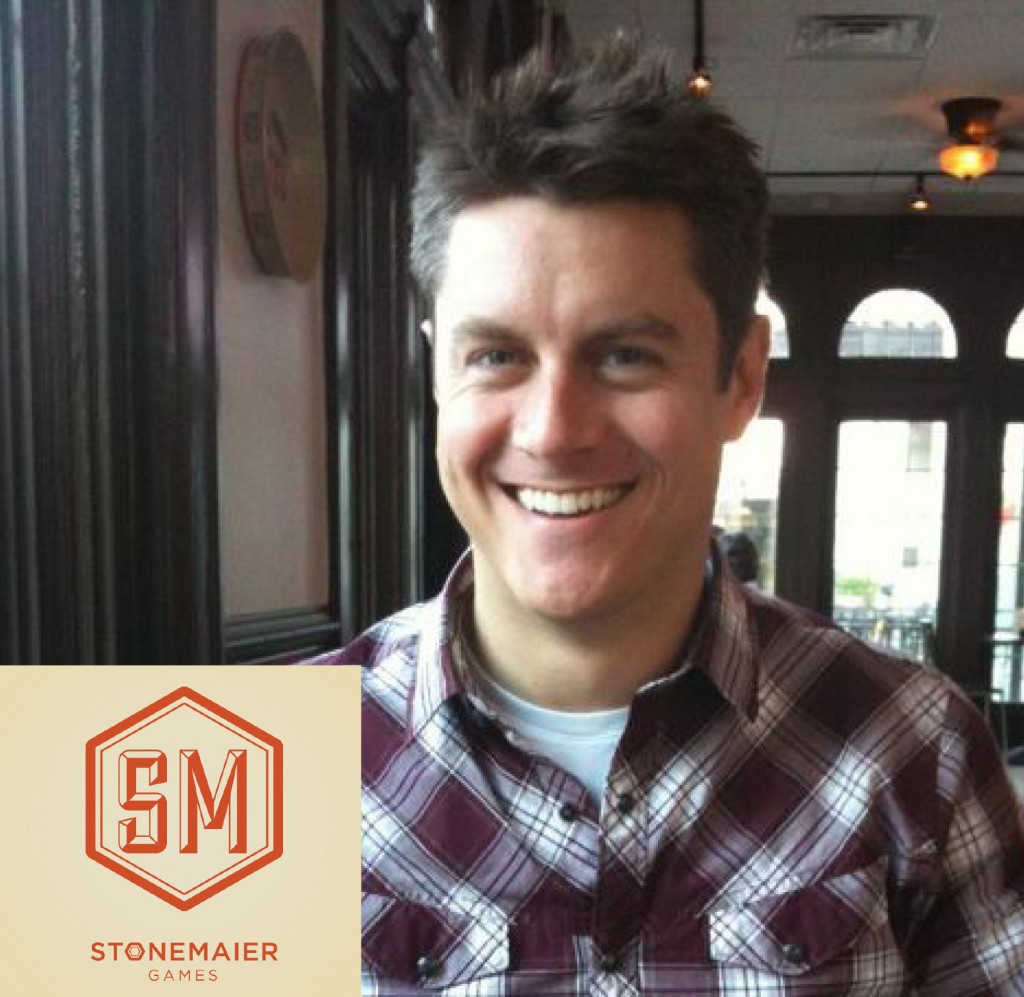 I instantly felt better. The logo is still there, but now it’s me responding to comments on Facebook, not a corporation. I felt like me again.

But really, this isn’t about how I feel–it’s about how Kickstarter backers feel. How personal should you–the project creator–be with your backers?

I believe that Kickstarter works best when a project is both professional and human. You can make sure your project is professional in the way it looks and reads. A professional-looking project inspires confidence in backers.

The problem with a project that is strictly professional is that backers can’t sense the passion behind the project. They need someone to root for if they’re going to get really excited about it–without that shared excitement and passion, they’re not likely to share the project with others even if they back it.

And perhaps most importantly, the human element of a project creates empathy between the backers and the creator. That’s where the photo comes in. I will prove to you in a few paragraphs that showing your face on your project page in multiple areas will significantly increase the amount of empathy backers feel for you.

I’m a big fan of the writer Daniel Pink. I recently finished his book To Sell Is Human, and I have a few upcoming posts that are inspired by passages in his book. Today’s passage comes from a section in the book regarding radiologists (pgs. 210-212).

Radiologists have the highly impersonal job of looking at anonymous X-rays all day. Usually they’re looking for something in particular–a broken bone, for example. But they also save many lives by identifying “incidental findings”. For example, while looking at a broken arm, they notice an odd growth on your rib cage and report it to your doctor.

A few years ago a study was done regarding the effect of including a patient’s photograph with their X-rays on the rate of incidental findings the radiologists identified (I won’t go into the details here–it would take too long). The results were astonishing–when the patient’s photograph was included, radiologists discovered 80% more incidental findings. 80%!

Why the huge jump? The study attributed it to the empathy generated by putting a face to the X-ray: “Our study emphasizes approaching the patient as a human being and not as an anonymous case study,” ScienceDaily reported.

Sound familiar? As a Kickstarter project creator, let backers see your project as an extension of you by showing your face. Let them empathize with you. Let them relate to you and share your passion. Let them see your beating heart in the X-ray that is your project page.

There are three places on Kickstarter where you should show your face:

Somewhat related: This great post by Tyler James on ComixTribe about the main project image. I also wrote about loyalty to individuals on the Berrett-Koehler blog here.

13 Comments on “Kickstarter Lesson #64: The Psychological Benefits of Showing Your Face”