Kickstarter Lesson #73: The Art of Pitching

“The purpose of a pitch isn’t necessarily to move others immediately to adopt your idea.” –Daniel Pink, To Sell Is Human 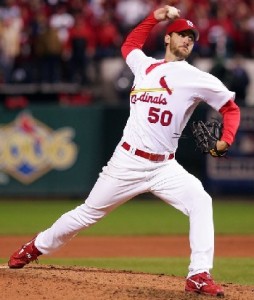 A Kickstarter project is a pitch. You are pitching your creation to the world to see if the world decides to embrace it. Every element of your project is part of that pitch–the video, the project page text and images, the reward levels, the funding goal, the stretch goals, everything.

But what is the purpose of the pitch? At first glance it would be to compel potential backers to pledge their support, right?

I’d like to offer a different perspective, one that not only debunks that assumption, but also calls into question some peoples’ assertion that Kickstarter is a store.

I’ve cited Daniel Pink’s book on several Kickstarter Lessons, and I’m back again with another insight from him. This particular insight comes from the board rooms of Hollywood where hundreds of agents and screenwriters pitch their films to movie executives every day.

Two researches, Kimberly Elsbach and Roderick Kramer, spent five years observing the pitch process in Hollywood. Day after day they watched people walk into rooms with their dreams on their sleeves, and many walked away with nothing. Sound familiar?

However, over time as the data accumulated, a clear pattern emerged from the successful pitches: The screenwriters and agents who got the execs to say yes were those who invited the executives to be collaborators:

“The more the executives–often derided by their supposedly more artistic counterparts as “suits”–were able to contribute, the better the idea often became, and the more likely it was to be green-lighted.”

Let’s think about that for a second in the context of Kickstarter. This study is suggesting that the more you’re able to make your potential backers feel like collaborators, the more likely they are to back your project.

Of course, that doesn’t mean you show up on Kickstarter with nothing to show. Rather, your project should be designed, tested, and close to production. I think I’ve listed several different percentages over the course of writing Kickstarter Lessons, but let’s say it should be somewhere around 90-95% complete (it’s fine if the art isn’t complete, as long as it’s in the works and you have some money shots on the project page). That wiggle room of 5-10% and how you use it is integral to the success of your project. 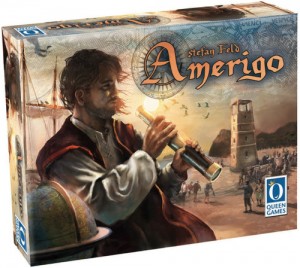 Let’s look at a project that took a different approach to their pitch than Pink is suggesting: Amerigo.

Amerigo is a game designed by superstar Stefan Feld and published by Queen Games. These are two huge names in the gaming business. They came to Kickstarter with a 100% completed product–no room for backer feedback.  They treated Kickstarter like a store and took pre-orders for their game. This isn’t a commentary on that decision; rather, we’re just using it as an example.

But if you compare it to mega-successful gaming projects (most with far worse pedigrees than Feld and Queen), it honestly pales in comparison to them. This was a direct result of the fact that it didn’t even attempt to engage potential backers. Can you imagine how big Amerigo could have been if Queen had engaged backers even just a little bit?

Look at some of the big game projects and how their project creators engage backers. They’re active in the comments, gathering thoughts, opinions, and feedback. They have PnP files available so backers can test the games during the project and proofread the rules. They post polls and surveys to name elements of the product. They have reward levels that subtly incorporate people into the product.

Just like those Hollywood pitches, it’s those projects that truly grow to epic proportions. And they’re the better for it–all of that feedback results in a better product. In those cases, Kickstarter isn’t a store at all. It’s a platform for conversation, collaboration, and mutual creation.

I’ll end by completing the quote at the beginning of this lesson. If you want to significantly increase the chances that your project will fund or overfund, this is the goal of your pitch:

“The purpose of a pitch isn’t necessarily to move others immediately to adopt your idea. The purpose is to offer something so compelling that it begins a conversation, brings the other person in as a participant, and eventually arrives at an outcome that appeals to both of you.”

Can you think of a Kickstarter project where you walked in as a wary potential backer and walked away feeling like not just a backer, but a collaborator?

22 Comments on “Kickstarter Lesson #73: The Art of Pitching”