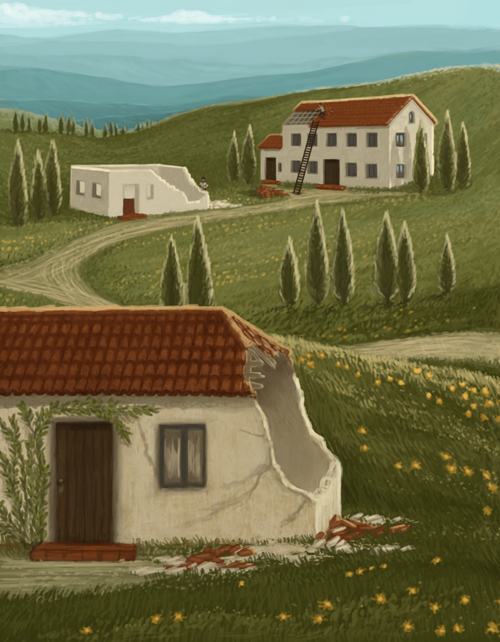 We just entered the final week of my Tuscany campaign, prompting me to read my own Kickstarter Lesson about what a project creator should do at the start of the final week.

One of the key points on that entry is the “call to action.” A call to action is a request for backers to do something–share the project, upgrade their pledge, etc.

So I started to write a project update about a call to action for Tuscany, and I realized: Other than asking backers to share their opinion through a few polls during the project, I haven’t issued any calls to action until today.

Now, I don’t think that’s necessarily a good thing–in particular, it’s helpful to recommend creative ways for backers to share the project during the campaign. But I think it’s also really important not to ask too much of your backers. Here’s why:

Your backers have already done SO much for you by becoming backers in the first place.

I think it’s really, really important for project creators remember that. Out of 6 billion people on this planet, a few hundred people have decided that they want to give you their hard-earned money months in advance of getting anything tangible in return. That is remarkable. In many ways, that’s more than enough for them to do. It’s not their responsibility to also share the project with their friends and add more stuff to their pledge.

Now, social network sharing and upgrading pledges can be beneficial for everyone, especially in terms of reaching the funding goal and unlocking stretch goals. But keep the calls to action in check.

This topic came up on the Tuscany boards the other day, and several types of project creep (when project creators keep adding more stuff and asking backers to do more stuff) were mentioned:

Can you think of any other types of project creep? Please don’t use the comments here to point fingers–this is a learning experience for all project creators, including me.