I have a few quick links, videos, and Kickstarter innovations that I’ve been saving up, so I’ve consolidated them on today’s post with some commentary from me. 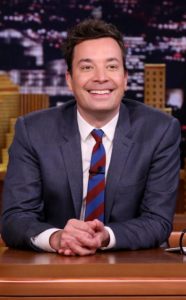 I’ve heard a theory about the success of The Tonight Show with Jimmy Fallon that made me think of Kickstarter creators. The theory attributes the success of the show to “The Fallon Effect,” which is that because Jimmy Fallon looks like he’s having fun, you also feel like you’re having a good time when you’re watching the show.

If he/she is having fun, you’re having fun. My observation here is that I’m drawn to Kickstarter creators who look like they’re having fun (even though in reality they may be tired and deflated). I’m not necessarily suggesting that creators should fake their true emotions, but I think there’s something to be said for letting yourself have a good time when you’re interacting with backers through updates and live video. Your public persona has an impact on how backers feel about the project.

A few days ago, ComixLaunch released a long list of elements to consider for a Kickstarter project page to help establish and build trust. I don’t necessarily agree with all of the items they included, but here are a few of my favorites:

Can Game Night Save Humanity?

I was recently contacted by Spencer Harris, who was putting together a talk about board games at something called Think Summit 2019. He asked me why board games are booming and why people are drawn to tabletop games, and I shared my perspective with him. A lot of what I shared ended up in the talk, which I’ve embedded below (timestamped for the part of the talk containing my contribution):

It’s exceptionally rare that I receive a handwritten note in the mail, and when I do, it’s typically from my parents. So you can imagine my surprise when I received a handwritten letter from the creator of a Kickstarter project I backed in 2017–a project for which I had received the reward quite some time ago.

I don’t know how many of these Mary sent out, but I love that she took the time to actually write out a note to some backers of a past project to encourage them to look at her current project, Mechanica. If a local friend hadn’t already backed the game, it would have jumped to the top of my list.

I think this is an interesting strategy to consider for repeat creators, especially if you can identify some influencers among your original backers. I was really touched by the gesture, and the handwritten element of it made the letter personal without being pushy. 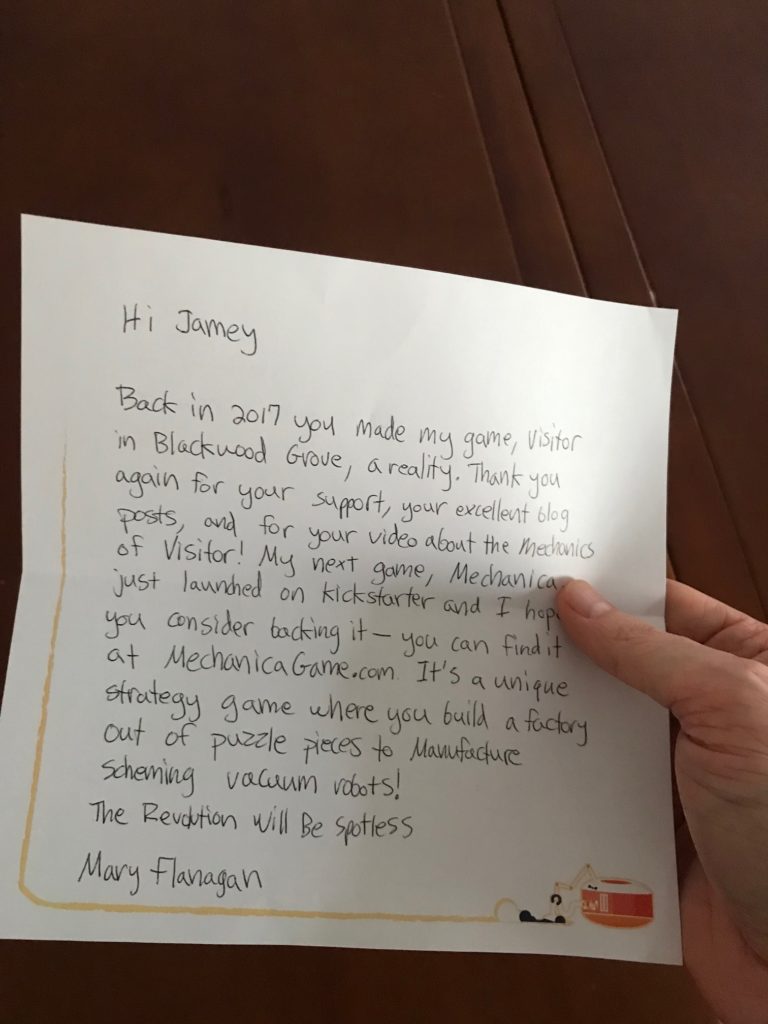 Have you seen, read, or heard anything interesting about Kickstarter or entrepreneurship recently that piqued your interest? Feel free to share in the comments below!