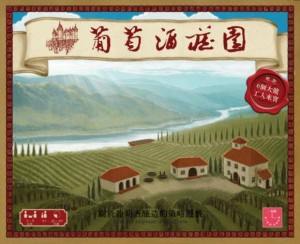 This week I’ve discussed two of the most commonly asked questions during the Scythe Kickstarter and how they relate to other creators. Today is the third (and likely final) part of that series.

Here’s the question that I’ve seen dozens and dozens of times in my inbox in various forms: “Will Scythe come with rules in French/German/etc?”

My answer: “Scythe is 90% language independent, and we’ll offer translated rules and card guides for download from our website.”

Let’s start with the question. It’s a good, fair question. People around the world are interested in Kickstarter products of all types, and even if they understand English (it could be any language, but I’m using English in this example–the US still has by far more KS projects than anywhere else), their friends or family may not. They want a game they can actually play with other people.

Also, many products come with instructions in various languages. It’s not necessarily standard practice, but it’s widespread enough that someone might hope for it.

However, it’s important to note that including rules in multiple languages isn’t free. There are translation costs as well as printing costs (time and money), and many people will simply throw away the excess rules, so there’s also an environmental cost.

There are a few layers to how we address the desire for translated components by non-English speakers:

I wanted to mention this element because it’s come up in conjunction with the language question. A number of international backers have asked if Scythe will get full printings in other languages in the future. I’m sure other creators have been asked this same thing.

My honest answer is: “I hope so, but I don’t know for sure.” The one exception is Brazilian Portuguese, as that’s the one firm commitment I have. There has been plenty of interest from other publishers, but none of them wanted to commit until after the Kickstarter campaign.

I think that uncertainty is often the most we creators can offer to international backers. That said, I have one recommendation from past experience: Just do your first print run in one language. Even though you might reduce the cost per unit a little more by adding international versions to the print run, you might put your schedule at risk because of a delayed translation. For the sake of my backers, I’d rather keep the project under my control and not bring in those outside factors for the first print run.

How have you seen projects make their products welcoming to backers around the world? If you’re an international backer, what are your hopes and expectations for projects? What appeals to you?