With our Wingspan European Expansion preorder and our 2019 charity auction currently in progress, I thought I’d share a behind-the-scenes look at what I did differently and why. 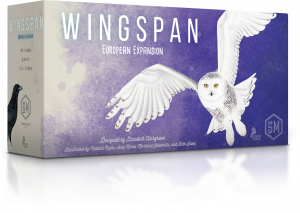 For most of our new products launched over the last few years, my method has been to (a) reveal details about the product and then (b) announce the core details (MSRP, SKU, and retail release date) at the same time as our preorder launch. However, I combined (a) and (b) for the Wingspansion for these reasons:

One other thing I did differently because of the early reveal of those core details was that I revealed the product page for the expansion back in early October (instead of waiting until the preorder launch). People could enter their e-mail on that page to get a notification in early November. Having this link available also enabled me to give advance reviewers a lot more flexibility as to when they shared their opinions on the expansion.

In an adjustment to the methods used for the Wingspan and Tapestry preorders, I set aside a specific quantity of the Wingspansion for Stonemaier to sell directly, but I didn’t limit the preorder to a specific time period. It’s a small change, but I think it’s good to leave the preorder period open in case we do sell out of the expansion faster than expected.

Last, I initiated a “no cancellations on preorders” policy for the Wingspansion (it’s noted on the product page). It’s just a huge hassle whenever a customer places an order and then cancels it an hour or a day later, as all orders immediately go into our fulfillment queue. Cancelling the order requires the fulfillment process to stop so someone can track down the label (or the package), which impacts many other customers. I’m willing to make exceptions (a few people have contacted me to say that both they and their husband/wife ordered the expansion by mistake), but hopefully this policy will help issues created in the past by indecisive customers. 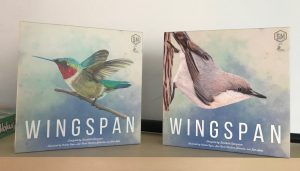 I’ve talked about our annual charity auction in the past, and all of the details are on this page if you’re curious. I’ll just focus on the one small change I made this year.

For most of the previous charity auctions, I heard from a number of people who wanted to contribute in some way but just weren’t able to afford the $300-$500 that winning bids usually entail. So this year I decided to invite anyone to fill out our 2019 demographic survey, and for each person who does so during the charity auction (through Friday), Stonemaier Games will donate $1 to the Cornell Lab of Ornithology (the items we put on the charity auction are all Wingspan-related).

So far we’ve actually had fewer people fill out the survey than last year when I offered a prize to a few random correspondents, so perhaps charity isn’t the best motivator. But we’re still getting some good data, and I look forward to making a healthy donation to a good cause.

What do you think about these strategies? Would you like us to use similar strategies in the future?