Previews, Reviews, and Everything in Between

I had the pleasure of chatting with Denny Weston at Gen Con 2016 about a game he was preparing for Kickstarter. It was no ordinary game; rather, it was a lawn game for which Denny had extensively researched and tested the components. He asked me a key question about high-cost products that I couldn’t answer, which lead to a fascinating conversation on this blog post.

Flash-forward a year later, and Denny has taken all that insight into consideration as he launches his Kickstarter campaign on August 1. I invited him to share some of the things he’s learned along the way (unrelated to the original blog post), and he agreed. Thanks Denny! 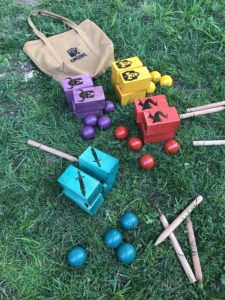 Tomorrow I’m launching a Kickstarter campaign for my fantasy-based outdoor game called Kingdoms Lawn Game. The road to get from idea to this point has been winding and full of many turns. One such turn has been getting previews, reviews, and everything in between.

Let’s start with the obvious, what’s the difference between a preview and a review of a game?

A preview of a game is typically a general overview of the game from an objective point of view. A review is a more in-depth look into the game and contains the reviewer’s personal feelings about the game.

Previews often are paid for, while reviews are usually free.

Like most who are launching a Kickstarter campaign, I wanted to have a few reviews/previews of my game on my Kickstarter page.  There are plenty of people/companies who offer these services. A few great examples in the game industry are:

With these options and so many other choices, where does one begin with choosing a third party reviewer or previewer to check out your game? 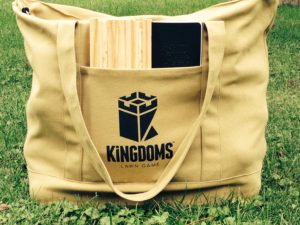 The most important thing about reaching out to previewers/reviewers is that you send each of them an individual, personalized email. Content creators get tons of generic mass mailings, so you’ll stand out if you take the time to show that you’re targeting them specifically. Beyond that, here are a few tips:

The Cost of Previews

As I mentioned above, previews usually have a cost. Now, that cost is not always monetary or mandatory.  Here is a list of what you might find: 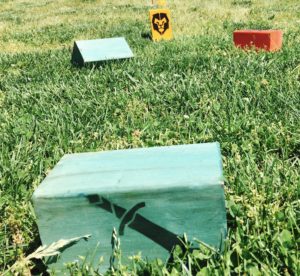 When sending out Kingdoms Lawn Game for preview, I emailed beforehand asking to please send me the preview before posting/sharing. Why? So I could confirm the game is being demonstrated correctly.  On a few occasions, the game was being played incorrectly and/or terminology in the game was being used incorrectly.  On these occasions, I first thanked them for the preview, mentioned a few positive points of their preview, and then communicated the errors. In all cases, they were more than willing to edit the video with the corrections.

I also asked the company about the root of the errors. It was a good learning experience to ensure my rulebook provides clear instructions. Is there something in the rulebook that made them do that action or say that word?

Reviews, previews, and everything in between were a vital part of my journey. It allowed me to see Kingdoms Lawn Game through the eyes of an experienced game player who also was a blind play-tester.  The information and insight was priceless. To watch some of the previews on Kingdoms Lawn Game, check out our Kickstarter campaign!

What do you find more helpful when you consider backing a Kickstarter project, the previews or the reviews?

10 Comments on “Previews, Reviews, and Everything in Between”