Some Thoughts on Hype, Scythe, and Harry Potter 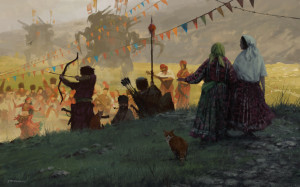 Hype probably isn’t what you think it is.

A few days ago I saw a post on Facebook in which someone asked what all the hype surrounding Scythe was about. This isn’t unique to Scythe–I’m sure at some point you’ve heard people talk about hype online or in person. You may have done it yourself. It could be in reference to a game, book, movie, song, Kickstarter project, etc, and often something will be labeled “overhyped.”

When I saw the Facebook post, I was finally able to put into words what I tried to elucidate 10 months ago when I wrote about the hype around Scythe’s announcement. Even then–just days after the announcement–some people were labeling Scythe as overhyped. Which is fine; that’s their right. But I think we should have some clarity on what hype really is, because I think people are often confusing “overhyped” with “overrated.”

“Hype” is a person or people expressing their excitement about something.

The key here is that hype is not available for judgment, which is the sense I get whenever I see someone talk about how something is overhyped. There is nothing wrong with being excited about something, even if you don’t share that excitement. If Brandon Sanderson fans and I am hyped up about the new Mistborn book, it’s kind of weird for you to go out of your way to say that you’re not excited about it. Just let us be excited without impediment.

This is in stark contrast to saying something is “overrated,” which is what I think people often mean to say when they talk about hype. “Overrated” is a quantitative statement of judgment–you’re saying that something you’ve personally experienced is not as good as others say it is. Again, I think it’s a weird for someone to go out of their way on social media to say something sucks (why not spend your time and energy on the stuff you love instead of the stuff you hate), but that’s up to you.

One of the unfortunate things about hype is that it has the power to repel instead of compel. But it doesn’t have to be that way.

There’s no good reason for this. I guess it’s just in our nature to take sides, even when we’re talking about something as insubstantial as excitement. 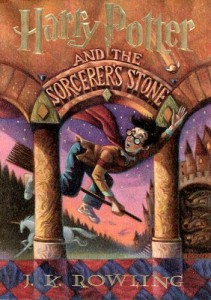 I remember all the “hype” about the first few Harry Potter books, and it was because of that hype that I originally stayed away from them. A book about a young wizard? What’s the big deal?

But then I realized that just because people are excited about something doesn’t make it bad—it just means that a lot of people like it! So I started reading the books, and I loved them.

Looking back, I really regret not giving the first few Harry Potter books a chance as they were released, because I missed out on all the great discussions that might have happened if I had read them at the same time as everyone else. I let this nebulous idea of “hype” get in the way of something awesome.

That’s the really great thing about hype–it’s an opportunity to share excitement with other people. How cool is that? Rather than rejecting it, I should have embraced that opportunity.

This is an addendum to follow a thought-provoking comment to the post. Eric postulated that “over-hyping is bad marketing,” which is an interesting statement with which I disagree. It seems to indicate that hype is controlled by companies, but hype isn’t in the hands of companies. There is no Excitement Button we can press to generate hype.

I don’t control Scythe’s hype. I control the information we put out there about it, but the excitement is completely generated by individual people, not me. I’m glad you said that, though, because I think a lot of people use “hype” in that way, as if companies control hype.

Companies control content, not hype. Hype is in your hands.

Every time you see a new crowdfunding project, you have the opportunity to be a part of the collective experience of shared excitement.

I know this is kind of an odd topic to broach on my crowdfunding blog, but Kickstarter is all about shared excitement. If a project is hyped and doing really well, don’t put it down just because you’re not intrigued by it. If you’re genuinely curious about why people are excited about a project that you’re not into, ask the question with genuine curiosity, not judgment.

If you’d like to listen to some of the positive benefits of a collective mass of people being excited about a board game project, check out a recent podcast I recorded with Charlie and Raf at Ding & Dent.

25 Comments on “Some Thoughts on Hype, Scythe, and Harry Potter”