I normally send out our monthly e-newsletter on the first of the month, but April 1 isn’t a good day to send out actual news. So I send out the newsletter a few days early–you can view the web version here.

However, I love April Fool’s Day, so below is a special edition of our monthly newsletter to commemorate this fine occasion.

In 2014, we brought you the Stonemaier Games Treasure Chest, a box of realistic resource tokens that looked and felt like their real-life counterparts. But that wasn’t enough for us–we wanted to further blur the line between games and reality.

So we’re excited to announce that our next three treasure chests will contain resources that not only look and feel real, but also smell, taste, and sound like the real thing.

The Food Crate contains micro-cuts of Angus Porterhouse steak (we’ll upgrade to Kobe beef if we reach the $50k stretch goal), coffee beans, baby corn, and tiny loaves of bread that are baked to order.

The Resource Vault is comprised of small buckets of water (please keep them upright so they don’t spill), tiny balls of wool that smells just like a dirty sheep, and a thumb-sized barrel filled with Kentucky bourbon.

Finally, the Energy Box–while not edible–comes with a hazmat suit to handle the uranium, natural gas, coal, trash, and oil tokens.

These special treasure chests will be on Kickstarter on April 14!

The long-awaited second printing of Euphoria has finally arrived, and with it some subtle changes. There are now more commodity and resource tokens in the box, a quick-reference guide, and 60 wooden authority star tokens.

One week after pre-orders for my crowdfunding book went live, my publisher announced that they had signed a deal with Lionsgate to bring the thrilling story to life on the big screen.

A Crowdfunder’s Strategy Guide: Rise of the Werewolves will deviate slightly from the plot of the book, but the essence of building community, establishing trust, and forging relationships will be retained. Just with werewolves instead of crowdfunders.

UPDATE: As I was writing this, I heard from my publisher that they’ve optioned the book to Disney for an “on ice” version. You can look forward to seeing A Crowdfunder’s Strategy Guide: On Ice at your local hockey arena in 2017. 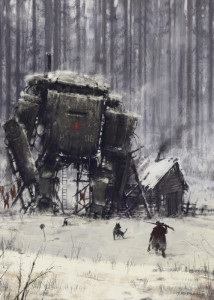 Scythe: A Game About Pronouncing the Word “Scythe”

Scythe was originally designed to be a game about the intersection of farming and war in an alternate-history 1920s Eastern Europe (with mechs), but we learned through playtesting that the most interesting aspect of the game is the pronunciation of the title.

Thus we’ve completely redesigned the game as a light party game about pronouncing words in silly ways. It plays in about 20 minutes for 4-10 players ages 8-80.