Tattoos, Sharpies, & Pancakes: The Power of Honoring Your Backers 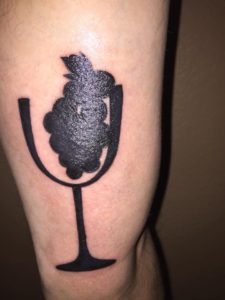 A few weeks ago, someone got the first Stonemaier-inspired tattoo in the history of my company.

As Austin H. shared in the Viticulture Facebook group, he got the tattoo “to pay homage to my love of board games, and to symbolize what they mean to me, now and looking forward.” I told him in the comments that I was honored by the gestured–it’s quite a commitment!

Coincidentally, soon after I learned about the Viticulture tattoo, I heard from Derek Miller at Cyanide & Happiness about his upcoming crowdfunding book (he also had some kind words to say about my crowdfunding book, which was nice to hear). Derek offered to write a guest post about something he’s learned from his various campaigns, which have raised over $4.5 million. Thanks for sharing your unique perspective, Derek!

Our Joking Hazard card game campaign was completely unlike anything Cyanide & Happiness had ever seen before with our fans. Up to that point, the most fan interaction we had was posting our comics on social media and joking around at comic convention panels.

For this campaign, we tried achievement stretch goals for the first time, and we were blown away by how involved backers became. By the end of the campaign’s 30 days, we’d gotten our fans to impersonate our characters on Tinder, spray paint stacks of pancakes gold, and write the word “fart” in sharpie on their own dad’s head.

One amazing fan even got a Joking Hazard tattoo on his butt. (NSFW Link, should you want to see that sort of thing.)

How did we go from passively posting on social media for years to getting rabid, amazing fans that helped us raise $3.2 million?

It’s all about honoring your backers.

Your backers are really cool, and not just because they’re giving you money.

Some backers write music, some backers love doting on their pets, and some have access to electron beam lithography. People love showing off what makes them unique, so effective achievement stretch goals let your backers feel proud of themselves.

One of the most important things we did during the Joking Hazard campaign was structure most goals to center around people showing off their creativity. Whether it be explaining jokes to their fish or creating bootleg C&H merch, nearly every achievement we created involved backers showing off their skills or bringing along a friend to help make the achievement happen.

Crowdfunding is about the crowd. When it comes to backer engagement, emotionally connecting with backers is the key to going viral.

Attention is scarce on the internet.

A live Kickstarter campaign is competing against YouTube, Netflix, and sweet, sweet video games, all at the same time. If someone chooses to spend their attention and their money on you, they should be treated with respect for what they’re giving up.

Saying “Thanks” alone isn’t enough. For a backer to feel respected, they need to know that they’ll be listened to and their questions will be answered, clearly and directly, with no BS. Backers’ learn who your brand is by how you interact with them, so honor their time with your time.

And when you screw up by accidentally announcing the print and play version too early like we did, it’s best to just own up to the mistake. Backers have been far more forgiving to us when we treat them like adults who are a part of your journey, not just “customers”.

When we get neck deep in planning a campaign, it’s easy to overlook how much work it takes for fans to get involved in your community.

For this campaign’s achievements, we were straightforward and simply asked backers to post images to our Facebook group. It was clear and easy, and it got results. Posting an achievement only took seconds, but more importantly it also created a public forum where everyone could see all the other backers having a good time, which made it seem more like a party than a normal Kickstarter.

On the flip side, for an example of how to completely fail at keeping things simple and easy, you can check out our Adventure Game Kickstarter, where our achievement stretch goals and submission process were so complicated we abandoned them entirely after only nine days into the campaign.

My advice? Stick with clear, easy-to-do achievements like we did with our Joking Hazard campaign. 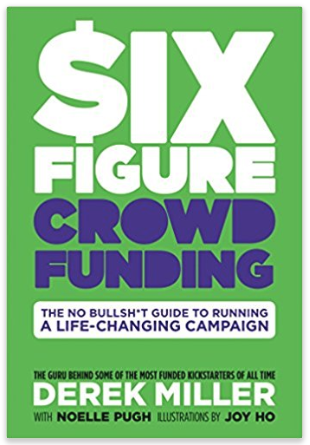 If you want to build a community rabid enough to get a tattoo, it’s all about honoring your backers for who they are and what they give to your campaign. Give and you shall receive.

Sometimes what you’ll receive are photos of a butt tattoo.

And that’s a good thing.

If you’re interested in learning more about six-figure crowdfunding campaigns, you can check out more articles on my site, or preorder my upcoming book Six Figure Crowdfunding, featuring interviews with creators who have collectively raised over $30 million on Kickstarter.

Thank you, Derek, for taking the time to add your wisdom to our fellow crowdfunders and entrepreneurs through this blog post and your book! If you have any questions for Derek, feel free to post them in the comments below.

7 Comments on “Tattoos, Sharpies, & Pancakes: The Power of Honoring Your Backers”