The Curious Case of Overlapping Kickstarters: A Guest Post by Bernhard Hamaker

One of the curious things about running a board game publishing company that’s largely grounded in Kickstarter is the timing of launching new campaigns in relation to delivering on previous projects. It takes a long time to manufacture and ship a product–any product–so do you wait to launch a new campaign until you’ve delivered, or do you go ahead and run another campaign while the previous product is in the throes of production?

This question came to mind in a recent discussion with Bernhard Hamaker, the man behind the very successful Kickstarter campaign for Japanese: The Game. Bernhard shares his unique story below, along with some thoughts on how other creators can avoid the precarious situation he has encountered. Thanks Bernhard! 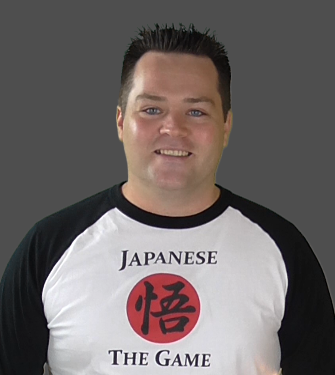 Hi, my name is Bernhard and I’m a serial Kickstarter. I launched a project back in January to create a card game that teaches Japanese. There wasn’t a product like it that I could find, so I had no way to know if it would sink or swim. To my surprise, it funded well over 2000% of goal, beating a handful of stretch goals and reaching backers in 45 countries.

The more you know about Kickstarter, the more likely you’ll guess that this was the beginning of big problems: I had to replace my computer, re-do a whole expansion deck for legal reasons, and order all the cards twice because my survey contractor ruined half of the backers’ names and addresses. Though rewards deliveries lagged on to be six months late, eventually they were shipping at such a pace that they’d be all done a couple of weeks before my next Kickstarter.

But complications at the distribution company (such as running out of decks) resulted in a few weeks’ extra delay for some backers. There I was, engaging in pre-launch promotion and hoping I could get it all sorted in time. Today the second campaign is more than half done, and it looks like it will end before some first-project backers get their rewards. So I was clearly wrong about timing, and now a lot of backers feel left out and some even unappreciated.

I really don’t want this to happen to you, so I want to share some points that may help you avoid the same odd problems or at least some of the consequences:

(Yes, I meant that.) I assumed I understood my printer’s “first come, first served” policy, yet my decks were warehoused for weeks while other orders were fulfilled around mine. I should have asked a vague question like, “What happens after you get my order?” or “What’s this policy mean?” You should absolutely ask specific questions, too, but don’t zoom in the whole time or you’ll lose the big picture.

Usually I write an update every 6-10 days because there’s news about progress, but when there isn’t I always want my backers to know why. When I couldn’t get a response from the distributor because he was at a convention, I gave the best information I had, but I also explained why I couldn’t answer certain questions yet. That transparency and engagement gave many unrewarded backers the confidence to back the new project anyway.

My overfunded project proved to be an awfully big helping of work, but every project owner will have sizeable challenges in the course of a project. To prevent making extra work for yourself from oversights, break down your to-do list items into small bites before you check them off. Some examples from my project: “Did I make sure my photographer will be shooting in portrait format so the subject is framed well on a card?” No, I did not. “Am I creating this file in a format my contractors will be able to use?” Usually.

Some of the backers were/are noticeably frustrated, and I don’t blame them. Over twenty backers from the original project tell me that they would back the current one if they had their first-project rewards. I’ve had over 300 backers join the current project from the last one, about 80 of whom still don’t have their rewards. More are arriving every day, but some may miss out on the new, cool stuff unless I do something about it.

To help them feel welcome, I’m rolling out a new tier with just one expansion. Unrewarded backers may really want one specific expansion deck but won’t want to go whole hog, so I’m making a low level with just one expansion, with the option to add others at $10. I’m also giving an exclusive bonus for free to anyone who’s backed both projects.

Have you ever backed a project when one was still pending? What factors would lead you to support or refuse? Let’s talk about it in the comments below.

20 Comments on “The Curious Case of Overlapping Kickstarters: A Guest Post by Bernhard Hamaker”