The Current State of Early Birds and KS Exclusives (2017)

The age-old question lives on: Will your crowdfunding campaign–and your business–be more successful if you offer early bird rewards and backer-only exclusives?

In the past I’ve talked about these topics both from an idealogical perspective: Is it right to treat some backers better than others? Is it right to exclude people instead of seeking ways to include them?

That’s for you to decide. (For what it’s worth, my philosophy is that I treat the entire Kickstarter campaign as one long early bird reward, and Stonemaier Games does not do exclusives.) But today I’m going to focus on the current state of early birds and KS exclusives purely from a business angle.

Let’s start with the broad definitions of these terms. Over time they’ve become more and more muddled as creators use them in different ways. Perhaps you’ll disagree with these definitions, but I think it would help all backers if we creators use words consistently.

Early-Bird Reward: An early-bird reward is something that is offered to a limited number of backers, usually based on time (e.g., the first 24 hours) or quantity (e.g., the first 100 backers). The limited offer is usually price (e.g., a $5 discount), but it may instead be something like a bonus component.

Kickstarter Exclusive: A Kickstarter exclusive is something that is offered only to backers during the campaign and never again to anyone else. This term is widely misused in place of a limited promo, which is an item made in limited quantities that the creator can continue to sell post-Kickstarter.

I’m not aware of any creators who intentionally misuse these terms. I often see where creators label something a “KS Exclusive” and then in the fine print they note that they’re going to sell extra items at conventions or through their website. Many backers are only going to see the label, not the footnote, so please use the correct term (limited promo) on the label itself.

Enough of these words–let’s get to the data!

I’ve run polls about early birds and KS exclusives in the past, but we need current data from which to draw conclusions. Thankfully, Frank West, designer of The City of Kings, recently contacted me about a massive survey he’s run over the last few weeks. At this point, over 750 people have filled out the survey–you can join those results and see the full stats here.

First we’ll start with early birds. The question is, “How important are early birds to you for a board game on Kickstarter?” Here are the results from 763 people: 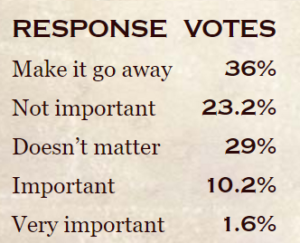 Next up are KS exclusives. The question is, “How important are exclusive for a board game on Kickstarter?” Here are the results from 760 people: 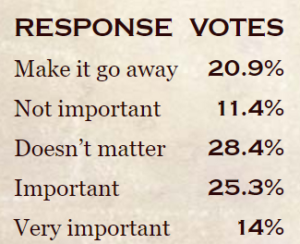 What can we conclude from this data from a business perspective?

Early-bird rewards: I can understand why early-bird rewards are tempting for new creators. Day 1 of a project is really important, and giving people a reason to back now instead of later can have a lasting impact on your project (though, if you’ve done your homework, you should already have a crowd of people eager to back the project on Day 1).

The problem is that you’re not factoring all of the potential backers who are significantly less likely to back the project because they missed out on the early-bird reward. That’s the 36% in Frank’s survey–people who have a strong, visceral response to missing out on something special just because they found out about the project on Day 3 or Day 30 of a campaign instead of Day 1.

KS exclusives: Frank’s data seems to indicate that you may lose more backers by not having KS exclusives than by having them. I must admit I have my doubts that the 39.3% of people truly want KS exclusives according to the definition of that term. I suspect that many of them care about limited promos or even regular promos rather than exclusive items that no one can ever buy again.

To dig a little deeper into this data, I’ve created a 4-question anonymous survey. You should be able to see the current results as soon as you answer it, and I’ll update every now and then below:

What do you think about early-bird rewards and KS exclusives?