The Dark and Light Side of FREE

Last week, a great local burger place in St. Louis shared the news that they would be giving away 1,000 burgers for free to celebrate the 150th episode of a TV show called Bob’s Burgers. Several people–perhaps knowing how much I like Hi-Pointe Drive-In, sent me the story.

As a result, here’s what the line looked like on the free burger day (this is a screenshot from a news report–I did not attend the event): 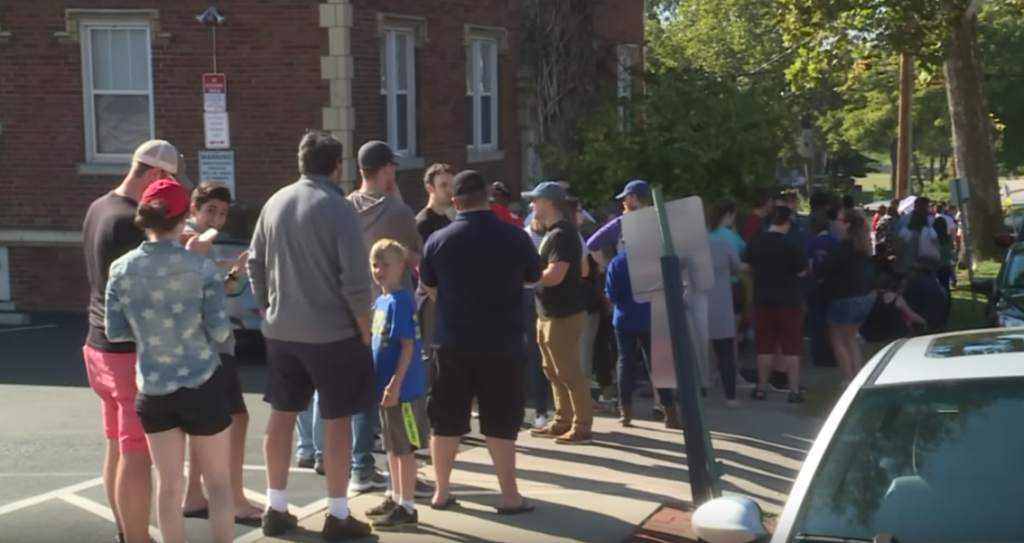 The line went all the way around the block even before the restaurant opened.

I was pretty impressed by the impact of this promotion. To a significant number of people, saving $7 on a great burger was worth waiting in line for several hours. That’s how powerful FREE can be.

Also, the story generated lots of publicity. There’s organic publicity–like people sharing the news of the event with their friends–and traditional media publicity, like the local news channel that covered the story. Even if you didn’t attend the event, you may have learned about Hi-Pointe for the first time as a result.

That’s the good stuff. But as I’ve discussed in the past in Kickstarter Lesson #178: The Danger of Free, there are some downsides–or at least some concerns–of FREE.

As you can see, I personally think that FREE can cause more harm than good. FREE has such a powerful psychological impact on us–it can make us act in rather odd ways. Here’s an example from Stonemaier Games.

A few months ago, I offered Scythe fans the opportunity to design 1 of 32 new encounter cards. I posted the art for all 32 cards, and people could choose one and fill out a form with their proposed text. If I selected their idea (or some version of it–I ended up revising all of them in some way), they would get their name on a card and get a complimentary copy of the Scythe Encounters boxed set.

We received nearly 300 submissions, and I selected 60 winners (for a number of cards, I combined several different ideas)…and that’s when things started to get a bit weird.

I’ve received multiple messages and comments from people whose ideas weren’t selected asking if they could get free copies too. Of course, these requests don’t make sense–if you try out for your high school basketball team and don’t make the cut, you aren’t compensated for your time. Try again next year.

So the request is weird in itself, and it puts me in an awkward position. But even odder is that it seems that these people–not everyone, just those who have asked for a free copy–is that they simply can’t justify the expense after nearly getting a free copy.

That, my friends, is the dark side of FREE. I don’t think it makes us more likely to become paying customers–in fact, in some cases, it has the exact opposite impact.

I can think of one notable exception: Unexpected FREE. Like, think of how that 1001th customer at Hi-Pointe felt. Now imagine if instead they showed up on Friday expecting to pay $7 for their burger, but when they pulled out their wallet, they were told that their food was free. That feels awesome, and I bet they’re significantly more likely to return as a paying customer–without expecting anything for free–in the future.

I’m not saying that FREE is always bad. I genuinely hope it works out for Hi-Pointe. But I think FREE is a tool used sparingly and strategically, lest you encounter the dark side of it.

What are your thoughts on FREE? When has a FREE experience in the short term for you resulted in you becoming a long-term paying customer?

36 Comments on “The Dark and Light Side of FREE”