A little over a year ago, I wrote a post about using Stripe Atlas to set up a US-based company. This post was primarily aimed at non-US creators who wanted to run a US-currency Kickstarter campaign. This is no longer quite as important as it once was, as Kickstarter is now available to creators in quite a few countries, and their project pages feature automatic currency conversion.

However, Kickstarter isn’t everywhere, so there are still a number of creators who can only launch a KS project in another country. After seeing some well-informed comments from fellow creator Jan Wagner on my Stripe Atlas post, I asked Jan to write a guest post on the topic. Thanks Jan! 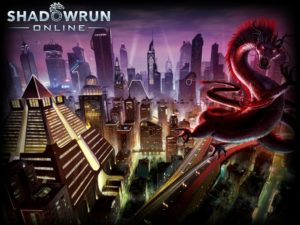 While researching for our upcoming board game Kickstarter on this site, I stumbled upon an older blog entry regarding registering a business in the US from anywhere in the world via Stripe Atlas. This still seemed to be a topic even in July 2017, so I offered to share our experiences from our Shadowrun Online video game Kickstarter, which happened way back at a time when there simply was no other way than to have a US entity in order to be able to even DO a Kickstarter.

The campaign was beset by many issues and so was fulfillment for a variety of reasons, which can be gathered by reading our update messages there, but the main thing why this is still relevant is the fact that forming a US company to be able to launch a KS in US currency so as to not alienate 60% of your potential backers is still a very viable tactic.

So here is what we did and why getting there is only half the way. Bear with me, this has tax, legal, and logistical ramifications, but it is fun as well.

Step 1: Set up a US-based company

Setting up a US based (especially Delaware) company remotely is very easy, whether you use Stripe or one of the many services that do that for you. All you need is between $500 and $700 USD. We paid money to an accountant that offered the set-up services and files the required stuff for you and 2-3 weeks later ‘Hey Presto’, we were the proud owner of a shell company in the US and got an EIN, which can be used instead of an SSN when prompted (in ONE of the TWO instances, as we found out later) for setting up a US Kickstarter. We filed a couple of tax forms, which allowed us to pay your income tax in our home country instead of the US.

With our new company, we now needed to open a US based bank account. Which in the US amazingly enough was very hard to do at regular banks. They required a direct representative of the new legal entity bringing identification to the bank and being present in person. We ended up faxing our home company accounts to the bank in question (so they could see we were legit) and sending our US accountant (who knew a local branch manager) over to finally convince them to open an account for us after several attempts. Also, almost NO major US bank has European subsidiary, so we went with Western Union, which are expensive, but at least had offices in Europe. This step is easier now thanks to fintech companies like Stripe, which allow remote identification, but since your ID and the new US entity don’t exactly match, you may still be in trouble and remember it needs to be a US bank account, not a virtual online one, such as Paypal.

Step 3. Verify your identity with Kickstarter

Back then, KS was using Amazon as a payment service, which required us to verify our identity by automated callback to a US landline and by supplying the US account and a credit card. So, we set up a Skype number (you can book a US landline number there for 10€) and entered my credit card (despite what it says during the process the credit card required does not need to be a US one, my assumption is, that it is enough to have your card from any US credit card company like Visa, Mastercard or Amex) faking a US presence.

But then we needed to verify the “entity” responsible–WHICH HAS TO BE AN ACTUAL PERSON–by providing an SSN that was in some way connected to the address we gave (which was our Delaware shell company). So, our EIN was not enough, but we found an enthusiastic and generous fan to provide their SSN, changed the name and address to this person, got registered and then edited our account data back to our Delaware company and name. Because you really only need that SNN during the verification process, afterwards there is no issue at all in changing data. And this person was never the owner of our account or credit card – these weirdly enough did not need to be linked.

Happily set up and chugging along, we did our KS, made $550k USD (the fact that we required $500k as a goal to even make it shows you how little we knew) and wanted to transfer the money over to our actual company…which we weren’t allowed to. Because look at what just happened: A company with NO history of transactions, no visible business and PO box as an address suddenly receives a huge sum of money only to take that and transfer it on to a foreign bank account. This has money laundering written all over it and the bank told us they could not transfer that money.

After some back and forth with the EU branch of the bank, we had one of us fly over to the US just for one day, walk into a Western Union branch armed with all kinds of documents and personally ask them to transfer our money. They ended up quizzing us on our own company (asking us to name people on our team photo, which they had no way of knowing whether they are actually named that) and we were in constant fear of being arrested by the FBI or stopped at customs by the IRS.

However now our national tax people became suspicious of the large lump of money and asked us to provide proof of the services we did or the sales – which were made in the US, but since we were the final source of the service, they still required us to pay the VAT on all European sales (which at that time we could not attribute properly as we did not have people’s address).

We also needed to create contracts between our two entities to make clear why the money came from one to the other (did we sell things? did we do a service? Did we own stuff, how would that affect our value as a company?) and our US company essentially hired our home company to fulfill the KS for it.

Technically, if someone had asked their money back or sued the US company, we would have not been responsible and the US company would have been broke – which sounds fine if you don’t mind the smell of defrauding people, but for the fact that in that case the person (to whom we are eternally grateful) who provided the SSN would have been the one liable to be sued! So, while you can separate your accounts from that person, meaning you don’t need to actually trust him or her much, THAT person needs to trust YOU, because if you screw up, that could be trouble for him or her.

Step 6. Pay US taxes and (potentially) shut down the US entity

Also, having created a US entity, we had to file for taxes annually, pay a bank account, pay an accountant and close down the company at some stage, all of which cost us money. We ended up paying around $7500 USD all in all for the whole adventure.

So while it was easy and cheap to set up, there were a lot of potential holes we could have fallen in – the IRS never once looked at us, but if it had, that could have been even more work.

Was it worth it? At that time there was no other choice if we wanted to do a KS, but today I see a lot of very successful projects funded in non-US currencies. I think it has become more accepted as part of the ecosystem than 2-3 years back, when weird foreign currencies suddenly popped up.

One last thing: If you do a US based KS and then do a video with your own voice–clearly NOT being a US person–you’ll probably lose the confidence of some potential backers. We have had anecdotal evidence of people assuming we were a scam simply because English wasn’t our first language. Which is something all the company founding we did didn’t help us with. For our next Kickstarter we are going to try a Euro based one, simply making the USD prices VERY prominent on all our texts and pics and see how that goes.

Again, Jan, thank you so much for sharing your insights! If any other non-US creators would like to share their experiences in the comments, I’d love to hear what you think.