The Secrets of Mad King Jamey 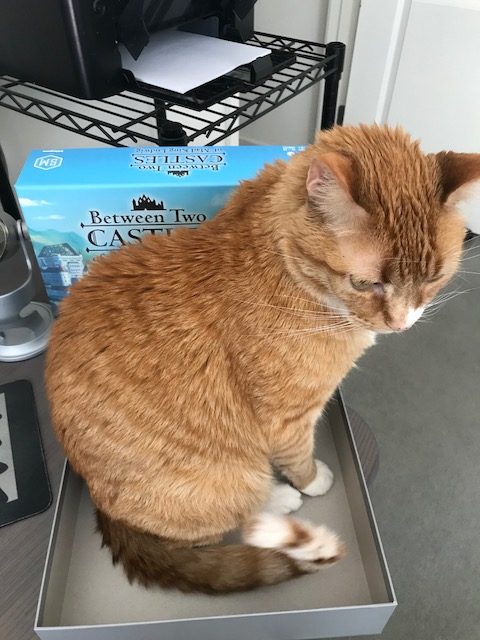 Yesterday I announced a new game, Between Two Castles of Mad King Ludwig (the title of this post is a play on that name–I do not consider myself a “king” of anything). During my Facebook live video immediately following the announcement, someone asked, “Why all the secrecy?”

You see, I’ve kept this game a secret for a long time. While plenty of people knew about it–the designers, artists, playtesters, partners, etc–they knew to stay quiet about it until August 29 at 9:30 am CDT.

The secrecy is particularly notable because it flies in the face of something I frequently recommend to Kickstarter creators: Tell people early and often about your product. Get the word out so you can build a devoted following of people who are itching to back it on Day 1. Let people feel the joys of anticipation. Solidify proof that you are the originator of the work. And so on.

Given that, why would I keep a huge product–our 2nd and final new game of 2018–secret until the day we started accepting pre-orders for it, which is just days before we start shipping it to Stonemaier Champions?

I think my biggest regret is that I wish this announcement hadn’t come so close to the release of our other new game, My Little Scythe. Ideally My Little Scythe would have been ready for a spring release, but that didn’t happen. Fortunately there was still a 2-month gap between the official releases of those games, and an even bigger gap between their announcement dates. In the future, though, I’d like for each of our new games to have plenty of room to breathe and build buzz.

What do you think about this method?

18 Comments on “The Secrets of Mad King Jamey”