On April 1, Board Game Geek pulled a rather brilliant prank of sorts: They announced that they were starting a new website called Geekstarter. It’s basically Kickstarter for tabletop geeks (or as I call it, Kickstarter).

The most impressive aspect of the website is that it’s fully functional. You can bid BGG credits on any project, and you can create new projects. None of it was actually real–no one’s BGG accounts were charged and they only allowed joke projects–but it allowed for users of the site to express their creativity and humor.

Soon Geekstarter will be forgotten to the sands of time, but before that happens, I want to memorialize my top 5 favorite projects on the site. I’m sure I missed some good ones, so feel free to add your favorites in the comments.

1. Agricola: Blood in the Fields.  The first paragraph says it all: “What would make this game better? If only I could march over to my opponent’s farm, slaughter his livestock, burn down his house, and salt his fields!” 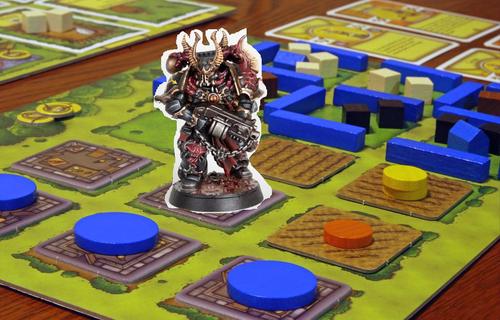 2. Googly-eye the entire BGG catalog: I suspect this was mostly an excuse to make the worm on the cover of Dune look like Cookie Monster, but that alone is good enough for second place on this list. 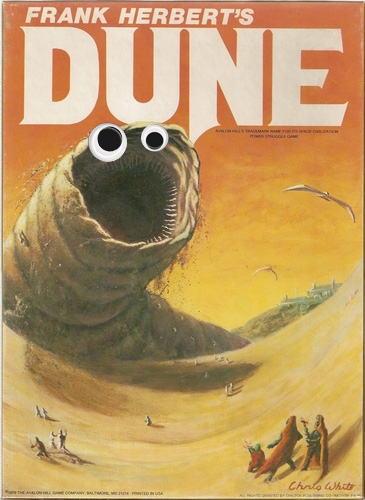 3. Scowling Lessons: This is a very specific reference to the king on the front of the Caylus box. Well done. 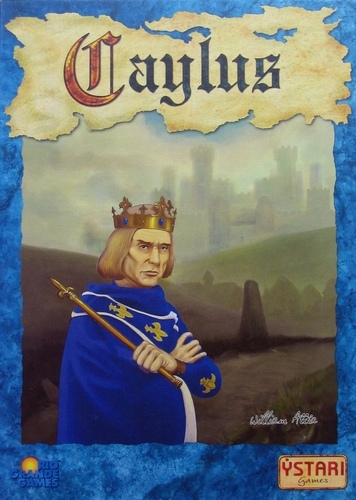 4. Board game versions of digital versions of board games. This guy went meta, and I’m all for it. I love the Carcassonne app on my iPad–who wouldn’t want a tabletop version of that digital version of the game?
5. Faux Collection Wallpaper: This is perfect for all of us who salivated over the wall o’ games in the backgrounds of many reviewer videos. Or, as the project points out, it could be the perfect backdrop if you’re looking to go into video reviewing. Brilliant.

5 Comments on “The Top 5 Geekstarter Projects”