Top 3 Mistakes and Insights from the Transylvania Kickstarter: A Guest Post

In May 2014, first-time creators Loren and Jamie Cunningham successfully funded their board game passion project, Transylvania: Curses & Traitors. They raised $46,787 from 766 backers, and they delivered the game to backers this spring.

I ran into Loren and Jamie a few weeks ago at Geekway to the West in St. Louis, and I invited Loren to share his mistakes and insights on my blog. Thanks for taking the time to write this detailed post, Loren and Jamie!

Hi, this is Loren and Jamie Cunningham, co-founders of WIBAI Games. WIBAI stands for Wouldn’t It Be Awesome If… and that really is our game design philosophy.  Creating Transylvania: Curses & Traitors was a blast and a few years ago we thought to ourselves “Wouldn’t it be awesome if – we could turn this into a real on-the-shelves published game!

So, we set out to get our little project funded.  Along the way there were things that we did right and are pretty proud of; and there are also things that we view as “learning opportunities” for the next time.  We would like to share with you, the top 3 from each category.

Top 3 Mistakes We Won’t Make in the Future

1. We should have been more on top of the art and graphic design process–we left too much to the end.

We love our artist, Kristel Raymundo.  She is amazing and her work speaks for itself, but it was our first board game and her first board game so we made a few mistakes that would have saved all of us a lot of time and hassle if we had known better.

By far, one of the biggest mistakes that we made was not having our art ready for printing.  We were really excited when it came time to turn in all of the art files to our manufacturer.  It felt great!  Everything was done.  So it came as a shock when our printer emailed us back saying that our art pieces did not have bleed line and cut lines.

This seems logical now, but we totally missed this until it hit us in the face. TCT has well over 100 pieces of unique art and so it took our artist 2 weeks to go back and add the bleed and cut lines to each token, stand-up, card and tile (because the amazing Kristel thankfully dropped everything and went back to working on our game after she thought she was finished with her part).

By the time we got all of our files back to the manufacturer for production we had lost about 3 weeks.  On this new timeline we just missed shipping our games out of China before the Chinese New Year (the games were finished and boxed up, but they couldn’t get on the ship until the ports reopened), which cost us another 2 weeks.

If we had been on top of the file format that the manufacturer needed and been adding the cut lines and the bleed lines to the pieces as they were created, there is little doubt that we would have shipped out before Chinese New Year.  This simple oversight was a big hassle for our artist to fix after the fact and it cost us 4-6 weeks on our delivery time.

2. We should have gotten feedback from more blind playtesters earlier in the design process.

We play tested our game – a lot.  But it was usually with at least one of us or our friends leading the game and explaining the rules (thank you Morgan Hillsman and Nathan Owens for running countless playtests of TCT at game stores and conventions!).

We should have been sending our baby out on its own to be played by blind play testers as soon as we had a nearly finished prototype.  Instead we were nearly ready to launch before we sent out the Print and Play.  Getting more blind feedback would have benefited us in 3 ways:

The great thing about running your first Kickstarter is that it introduces you to a lot of amazing people who are invested and passionate about the same types of games that you are.  When we are ready to get feedback on our next game, we have an abundant source of volunteers based on the awesome backers we had for Transylvania: Curses & Traitors.

3. We should have sent the game to be reviewed by reviewers who like our type of game.

Remember that mistake we discussed above about thinking that everyone would love our game and then later realizing that it, like all other games, has a target audience?  Well, that would have been really helpful for us to understand when we started sending out games to reviewers. 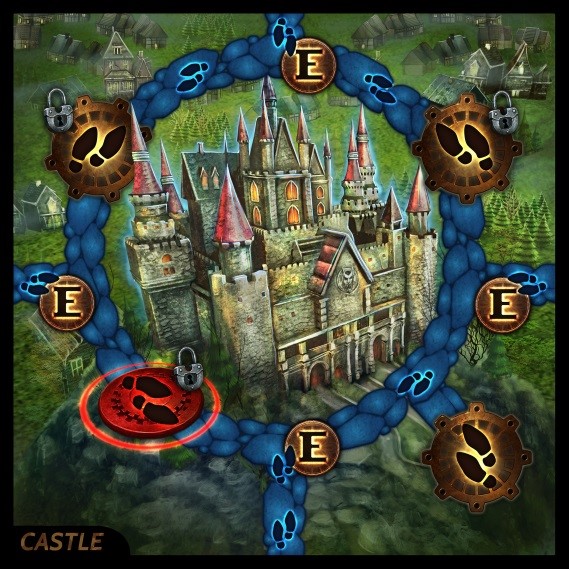 We really thought that our best course of action was to follow some reviewers and develop a relationship with them and then send them our game to review.  What we did not realize is that we really should have been asking for reviews from reviewers who enjoy our type of game.

We found that reviewers who love highly thematic games gave us great reviews, while reviewers who really enjoy more strategic “Euro” style games did not love TCT and reviewed it from that perspective.  This led to mixed reviews when we launched our Kickstarter.

Next time, we will be more realistic about who probably will and won’t like our game and ask for reviews accordingly.

Top 3 Things We Love About Our Game and Project

1. All of our characters are real (and really awesome) people.

All of the Adventurers that you play in Transylvania: Curses and Traitors are backers of the game.  We really tried to take to heart what Kickstarter is all about. It is a community that involves backers into a unique project and gives them a sense of personal investment in the success of the project. 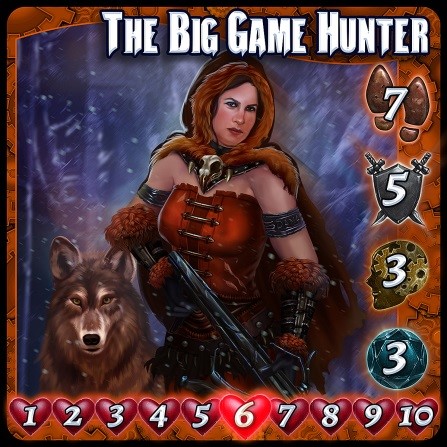 We did this by offering our backers the chance to become the main characters in the game.  There are 10 different character types in Transylvania: Curses & Traitors from the Mad Scientist to the Big Game Hunter.  Each character type has both a male and a female avatar so there would be no “token female” (a pet peeve of Jamie’s).

Most importantly, each of these 20 personas is based on a real person.  We had 16 backers choose to pledge at this level and the spots filled pretty quickly.  On the business side of the project, it generated $4800 early on in the campaign.  That was nearly 20% of our goal and 10% of our total funding.  Even more importantly, it gave us 16 amazing characters, each based on people uniquely interested and involved in the success of the project.

2. We really focused on the art.

Being newcomers to the world of Kickstarter game publishers, we knew we needed great art to make our project stand out if anyone was going to notice it. We wanted to create an experience that would immerse players in our version of Transylvania. Everything–starting with the game’s box and including each game component–needed to enhance that vision. 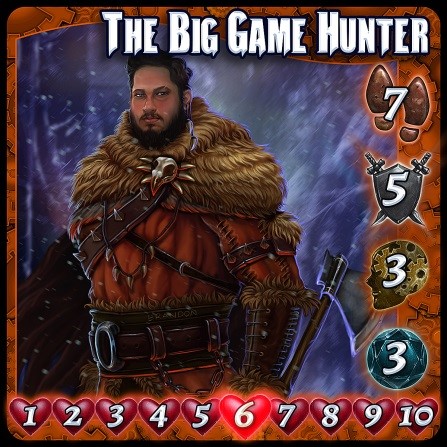 We also needed an artist who could create not just characters but also architecture, scenery, and icons, all with Victorian flair.  Furthermore, we needed all of this amazing art on the start-up budget of a fledgling company.

We were looking for someone early in their career with a lot of talent who would be willing to work with us to create our dream, so it took us a while to find the perfect partner.  We did an extensive search, both locally at colleges and art schools, and globally through art websites such as Deviant Art.  We contacted a number of people about this project.

In the end, we could not have been happier with our artist and how all the components turned out.  We are really proud of the way Transylvania: Curses & Traitors looks and feels and we know that a large part of its success is due to Kristel’s amazing artwork.  More of her work can be seen at here.

3. They say imitation is the greatest form of flattery–and there are a lot of people out there who should be flattered.

We didn’t do anything really ground breaking when it came to running our Kickstarter.  There have been so many successful creators out there, our main goal was to learn what they did, and then do that. 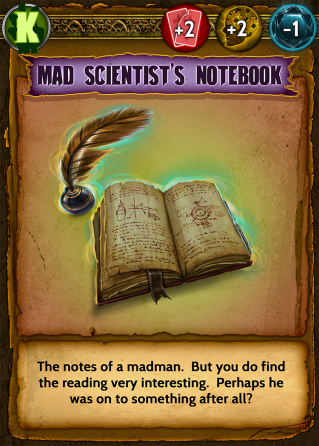 We put a lot of research into how to run a Kickstarter long before we ever hit the launch button. This included reading several blogs including Jamey’s Kickstarter Lessons (which we read three full times, including all of the notes and comments) and the blog by James Mathe.

We also built relationships with other Kickstarter creators.  It usually started with us backing the projects that we most admired, and then asking questions, and over time this developed in to a number of great relationships.  We put ourselves out there and we met a lot of amazing people.

We found that if you have a great project and a lot of enthusiasm for it, there is almost no lack of people willing and excited to help you succeed.  We were absolutely blown away by the board game and Kickstarter community. When it came time to run our own Kickstarter we had a lot of help.

There were nearly perfect strangers who were willing to be play testers, Kickstarter creators ready to help us with shipping and fulfillment questions, and people in the industry who encouraged us and gave us advice on component quality and pricing.  Our list of people to thank is quite long.

Developing Transylvania: Curses & Traitors, launching the Kickstarter, and fulfilling all of the games has been a 3-year process.  The whole project has been a tremendous amount of work and it has been worth every minute of it! We would love to encourage and inspire others who are willing to put in the time and the effort required, that you can have the same success!

16 Comments on “Top 3 Mistakes and Insights from the Transylvania Kickstarter: A Guest Post”