When Is It Okay to Sell a Kickstarted Product Before Backers Receive It? (KS Lesson #267)

My knee-jerk answer to this question may have once been, “Never!” Now, after running 8 Kickstarter campaigns and backing 282 of them, my answer is a bit more nuanced.

Let’s start with a few examples that you may see from time to time:

I’ve had all of those things happen to me as a backer, and I’ve learned to do the following before reacting:

I’m pretty good at filling out the survey as soon as I receive it, so in the vast majority of cases, simply reading the most recent updates will explain what’s going on. The answer is often either (a) that there were retailer retailers who just happened to receive their rewards or (b) that the creator announced a long time ago that they would be selling the product at a convention.

So, here’s the thing about conventions: If a creator is hoping to sell their product at a convention, they’re likely committing to do so 6+ months in advance. They’re also certainly hoping to complete their Kickstarter fulfillment before then, because by doing so, they’ll know exactly how many units they have available for the convention and they can avoid any potential backlash from backers. If a creator pays for booth space, the primary way they can avoid losing money is if they actually sell products at the convention.

The real key, in my opinion, is that if a creator communicates their convention plan to backers when they sign up for the convention, that gives backers plenty of advance notice (and, in rare cases, cancel their pledge if they’re against the mere possibility of convention sells happening before fulfillment is complete). Great creators will also remind backers through future updates about the convention and their efforts to fulfill rewards before the convention.

All of that said, there are rare and bewildering cases when a creator simply decides to start selling the product before KS fulfillment is complete with no notice or explanation. I’ve only had this happen to me once as a backer, and it made me think the creator didn’t have the “backers first” mentality. I unsubscribed to their updates and haven’t backed anything from them since (though I don’t know if they’ve even run other projects).

Overall, if a creator (a) has a clearly communicated their plan in advance, (b) it ends up not being possible for them to have completed fulfillment before a predetermined event, and (c) they’re actively working towards completing fulfillment in the near future, I think it’s okay to sell a small number of products before fulfillment is complete. It isn’t ideal, but the combination of those 3 elements typically shouldn’t result in a mass exodus of backers.

Before I sign off, I want to mention that this is one of the many reasons why I stopped using Kickstarter. Again, it’s not really anything to do with Kickstarter itself; rather, it’s the huge level of uncertainty when you launch a project regarding when you’ll actually deliver it as compared to other benchmarks on your schedule (like conventions). By using my current method of running short preorder campaigns only after the products have already arrived at our warehouse (or are very close to arriving), I remove that uncertainty from the equation. Like, there’s no risk of a direct preorder customer not receiving their Scythe modular board before Meeplesource sells it at Gen Con because we’re fulfilling the board preorders now and Gen Con isn’t until early August.

What are your thoughts on this topic? Do you agree that with proper communication, there are circumstances when it’s okay for a creator to sell a Kickstarted product before backer fulfillment is complete? What do you view is the backer’s responsibility (e.g., checking updates and the pledge manager) before raising an alarm? I know this is a sensitive topic, so here’s a photo of my comfort animal, Walter, looking resplendent: 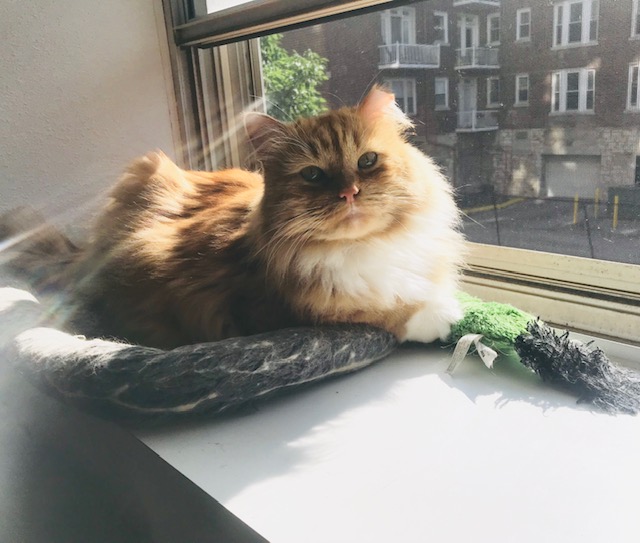 21 Comments on “When Is It Okay to Sell a Kickstarted Product Before Backers Receive It? (KS Lesson #267)”