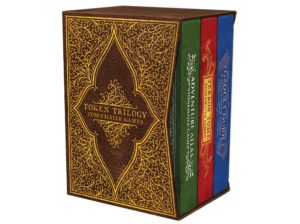 Today I launched a pre-order campaign through our website for a new set of realistic resource tokens called the Token Trilogy and reprints of the metal coins featured in Tuscany Prima and Scythe.

You’re reading that correctly: I’m using the term “pre-order campaign.” It’s not a Kickstarter project (though it’s intended to feel similar to one, complete with a funding tracker). It’s also not an ongoing pre-order, as there is a specific end date to the campaign (May 1).

A few people have asked why we aren’t just running a Kickstarter campaign for the Token Trilogy. It’s a valid question, one that I thought I’d explore in detail on this post.

First, let’s go back mid-January when I explained in a project update to backers of the previous treasure chest campaign how they could get the Token Trilogy:

I’ve now run 7 tabletop-related Kickstarter projects. I keep returning to the platform when creating new things for a few reasons:

All of those aspects combine to differentiate a Kickstarter project from a direct pre-order.Like, when I pre-ordered Pandemic Legacy from Z-Man Games last summer, I clicked a few buttons on their website and was done. There were no comments or updates. They were gauging demand, but they were also definitely making the game–there was no need to reach a funding threshold. And perhaps most importantly, they weren’t seeking to improve the project through stretch goals. They were ready to press the “print button,” and they just needed to know how many copies to make.

Well, that’s where we’ll soon be with the Token Trilogy. By the time we’re ready to start accepting pre-orders, we’ll no longer be debating which tokens to include or which colors to paint them. You saw that on the previous campaign.

On the previous campaign, we had stretch goals. We started with 20 tokens each and worked our way up to 28 tokens. It felt good for us to work together to make the chests bigger and better for everyone.

But…the problem with that method–a problem unique to these treasure chests–is that the exact quantity of tokens makes a big difference in their utility. For example, Civilization requires 28 wound tokens. Knowing that, it doesn’t seem fair to you to expect you to back the project before we’ve reached the 28-token stretch goal.

So we’re not doing stretch goals for the next campaign. In fact, we’re not even using Kickstarter.We’re just going to run a campaign using the pre-order platform we used for the Viticulture Essential Edition, Celery, so we know exactly how many copies to make of the Token Trilogy.

In summary, we don’t have anything against Kickstarter–I love that platform. But for this specific project, it wasn’t a good fit. Consider the following:

But it’s more than just realigning expectations. Hosting the pre-order campaign on our website (via Celery) also gives us some flexibility that Kickstarter doesn’t allow:

Despite all this, there are still downsides to using our website/Celery instead of Kickstarter. Among them:

Those are my thoughts! I’d love to hear yours. I’ll follow up in a few weeks with the results and lessons learned from this campaign.