Why We’re Running a Pre-Order Through Retailers 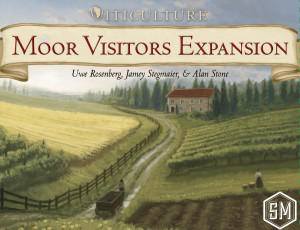 Last fall I was faced with a problem: I had a small product in production and no way of effectively delivering it.

The product, the Viticulture Moor Visitors Expansion, would have an MSRP of $15. I knew there would be some customers who would want to pre-order it, especially if they got a discount on the game. But they would also have to pay for shipping, which for our fulfillment centers would be about $10.

$10 shipping for a $15 expansion didn’t feel like a good deal for me to offer to pre-order customers. So I decided to find a different way to run a pre-order for it.

At that point, there were basically three models for releasing a new board-game product (they can be used in combination with each other):

None of those solutions fit well for the Moor Visitors Expansion, so I tried something new. 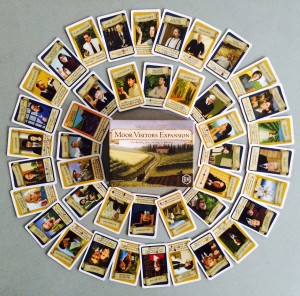 Last week, with Moor Visitors already on the boat from China to the US, I sent an e-mail to the 250 retailers on our mailing list to tell them about the new pre-order system. In this system, instead of Stonemaier accepting pre-orders through our website, retailers would accept pre-orders for one week on their websites and in their stores. I would send the purchased products to the retailers, and they would fulfill the orders to their customers.

All they needed to do was reply to say they wanted to be part of it–any retailer is welcome to join.

I set up a temporary page on Celery, our pre-order platform of choice, that gave the retailers 55% off the MSRP of the expansion and our other in-stock products. I also offered them free shipping on orders over $100 (the plan is to air freight games from the US to Canada, Australia, and Europe and then send individual packages to retailers from within those regions).

I then created a page on our website that lists all participating retailers broken down by region and whether they’re local or online, as well as links to their websites. Finally, I sent out an e-newsletter to our 19,000+ subscribers to inform them that the pre-order campaign had launched.

Why is this system one that retailers would want to try and that customers would benefit from? A few reasons:

At the very least, those are my perceived benefits. This entire thing is a bit of an experiment. The pre-order campaign ends next week, after which I’ll follow up with a postmortem post with statistics, feedback, and lessons learned.

What do you think about this system?