Wingspan Release Day: An Apology and an Explanation 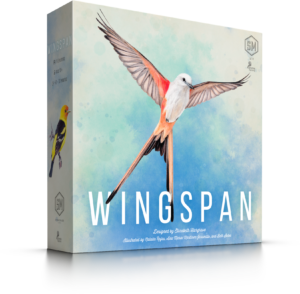 Today, March 8, is the release day of Wingspan. For some, it’s cause to celebrate. This is the first published game designed by Elizabeth Hargrave, and it was the first board game illustrated by Natalia Rojas and Ana Maria Martinez Jaramillo (acclaimed board game artist Beth Sobel also contributed). It’s the first Automa (solo mode) for which David Studley was the lead designer. Also, if you’re receiving your copy of Wingspan today, you may be celebrating too.

But others may not be celebrating. If you preordered Wingspan from a retailer, you may have been informed recently that your store doesn’t have a copy for you. We’ll get into why that is in a minute, but most importantly, I want you to know that I’m sorry. There is a scenario in which you could have gotten a copy of Wingspan today that I had control over (again, more on that soon), and I didn’t have the foresight to make that happen.

If you’re reading this because I directed you to this post or you stumbled upon it, you have a voice to share your thoughts in the comments. But for the the purpose of this post as I write it, you’ll be represented by this person who commented on our Facebook page today:

I see that you’re disappointed, and I respect your feelings. I would be disappointed too if today I thought I was getting a game I eagerly anticipated and it didn’t happen.

While I won’t dispute your feelings, I do need to clear up some misconceptions:

Here are a few things you didn’t say, but you may be thinking:

If you were eagerly expecting Wingspan today, there’s really no way that I can make you feel better. I wish I could. Hopefully there’s something in this message that will help even a little bit–and if not for this situation, for the next time, like when I make a non-infinite number of copies of my civilization game later this year.

Feel free to post any thoughts or questions in the comments below, or share this with someone who didn’t get a preorder (for any game) when they thought they would.

209 Comments on “Wingspan Release Day: An Apology and an Explanation”